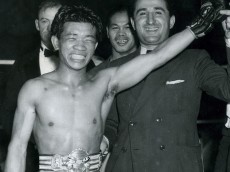 There’s something about a boxing match being sold as an ethnic clash that has moved tickets since there were even tickets to move. Call it primal, or even tribal, get philosophical, but at the end of the day, it’s transforming a one-on-one argument into an “us vs. them” scenario, and it just feels inherently normal […]