If you stop 2009 on the afternoon of Dec. 22, the year boxing had ends up an unqualified success. Unprecedented pay-per-view sales and improved television ratings in the United States. Historic crowds and record television ratings abroad. Mainstream media recognition of the sport’s revitalization, a far cry from the “mixed martial arts is killing boxing” […]

Yesterday, something like a breakthrough occurred in the dreadfully disheartening negotiations to make Floyd Mayweather-Manny Pacquiao, only very likely the biggest-selling fight ever. For the first time, Bob Arum, Pacquiao’s promoter, opened the door to the random drug testing Mayweather, represented by Golden Boy Promotions, sought. GBP put out a news release saying it found […] 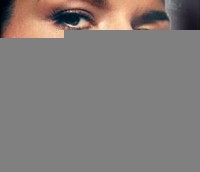 When I asked some friends recently what kind of categories they’d like to see in The Queensberry Rules’ year-end awards, Lisa Creech Bledsoe of The Glowing Edge volunteered: Howsabout the best in women’s boxing for 2009? I thought it was a good idea, but I needed someone far more attuned to women’s boxing than me […] 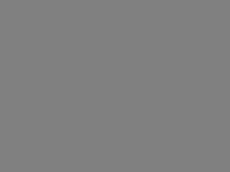 I’ve been trying not to get worked up about the bumpy negotiations between Floyd Mayweather and Manny Pacquiao over what would be the richest fight in boxing history, because everybody who knows anything knows that a fight negotiation is an elaborate bit of kabuki theater. But I’m starting to get worried. I still have a […] 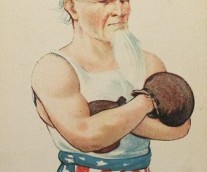 Happy Holidays, everybody. I hope you’ll be enjoying some quality family time, gaining a few pounds and relaxing for a couple days. I’ll be doing some of that myself, so I won’t be blogging as much as usual over the next few days, I expect. I did, however, want to take this occasion to do […]

I thought I’d revive the Open Thread for a day or more to give people the chance to reflect on the last decade of boxing, including this year that’s expiring now. As much as I rambled on, I’m sure there’s some stuff I left out. So: Favorite memories of the 2000s? Favorite fighters of the […]

We knew it would happen, didn’t we? That at some occasion during negotiations for Floyd Mayweather-Manny Pacquiao, prospectively the richest fight in boxing history, everybody would throw up their hands, say the fight was dead, point fingers at the other side. Maybe more than once. We’re at that once, and the whole thing just seems […] 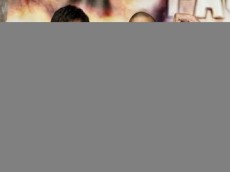 There’s a faint air of impossibility about Manny Pacquiao’s achievements that, to this day, makes it hard for me to fully accept them. It all just seems so damn unlikely, especially when you review where he started 2000 and where he ended up in 2009. But it’s all very real, and that’s why Pacquiao is […] 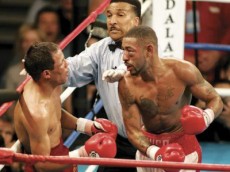 It’s easy for me to say Diego Corrales-Jose Luis Castillo I is the Fight of the Decade, under the circumstances. It’s because I think it’s the best fight ever. Period. There are good arguments for Marvin Hagler-Tommy Hearns and Muhammad Ali-Joe Frazier III, among a handful of others. If you haven’t watched Castillo-Corrales, though, I […] 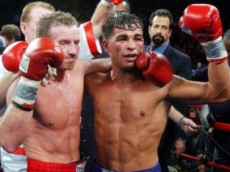 Maybe you don’t have enough Latin American brawling in your life. After this you will be well on your way. Below, Ring mag’s #1 lightweight Edwin Valero stops Hector Velazquez in Venezuela, and Johnriel Casimero springs the upset on #6 junior flyweight Cesar Canchila in Nicaragua. (I only have the last round of Casimero-Canchila, but […]