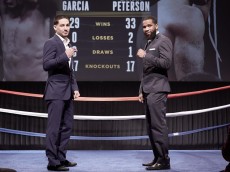 If airing promos where Danny Garcia looks into the camera and declares himself a ladies’ man several times an hour was Premier Boxing Champions’ push to have people dislike him even more than they already do, it was an award-winning triumph. Lamont Peterson likely gained a supporter or two as a result of Garcia’s appeal […]