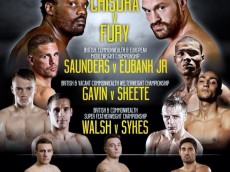 A world-ranked British heavyweight was once as rare as a Penny Red. On Saturday at London’s Excel Arena, two shall converge for the first time since 1997, when former Westminster street-sweeper Henry Akinwande attempted to exact a citizen’s arrest upon compatriot Lennox Lewis in Lake Tahoe. It was a course of action that left the […]