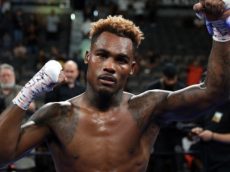 “He earned it. I hate it, but he earned it.” That was a dejected Tony Harrison after his 11th round TKO loss to Jermell Charlo on Saturday night, and despite being the exact thing the judge told my ex upon granting me full custody of our Super Nintendo, this wasn’t Harrison so much squashing a […] 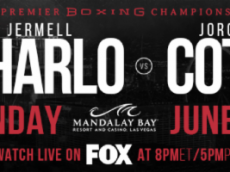 Jermell Charlo was the headliner on Fox Sports Sunday, so we’ll get to that in a sec, but the fight really worth talking about — for reasons both good and ill — was Guillermo Rigondeaux vs Julio Ceja. The true junior featherweight champion, Rigondeaux, bafflingly decided to turn it into a phone booth shootout against […] 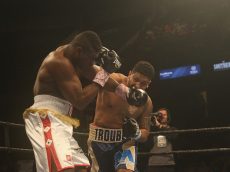 I started this write-up by looking for a synonym for “clumsy.” I didn’t find one that fit, unfortunately. Tonight at the Legacy Arena in Birmingham, Ala. on Premier Boxing Champions on Fox, Deontay Wilder (38-0, 37 KO) notched another victory to the thrill of his local crowd (everything is local in Alabama, trust me). Wilder scored […] 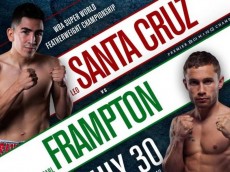 The junior featherweight and featherweight divisions have been brimming with match-ups to make boxing drool for some time, and the first couple iterations of those desirable bouts have been compelling yet not outstanding. That changed Saturday night on Showtime when Carl Frampton riveted against Leo Santa Cruz, where the man from Northern Ireland edged a […] 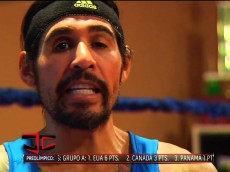 No, it’s not the Eye of Sauron, it’s just Antonio Margarito. Don’t worry, though, the eye is TOTALLY HEALTHY according to Mexican doctors, and Margarito has been cleared to fight on Saturday night. That sordid affair won’t be the only fight on this week, though. The other names in the headline are in action on HBO […] 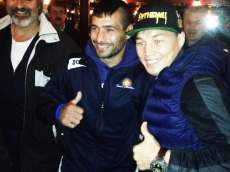 The Julio Cesar Chavez, Jr. in the headline is Julio Cesar Chavez, Jr. The total war is Lucas Matthysse vs. Ruslan Provodnikov, who are pictured above (via r/boxing) looking rather, er, relaxed. They won’t be relaxed in the ring come Saturday night, though; it’s certainly the most action-guaranteed fight of the year so far. Apart from […] 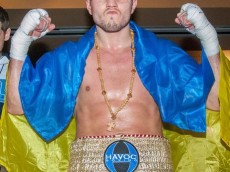 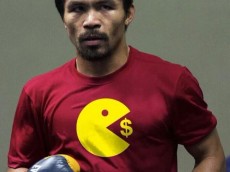 For a while it looked like Manny Pacquiao was getting into the trash talk spirit with Floyd Mayweather by wearing the shirt above. Unfortunately, it was not to be. We should have all have realised that Pacquiao is too polite even to trash talk via dress. Some wiseguy had Photoshopped it on to him. Still, […]