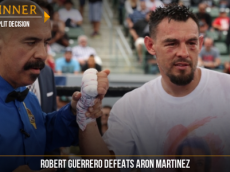 Robert Guerrero won a controversial split decision Saturday on NBC, the kind that is damning because of whom he did it against. Aron Martinez was there to restore Guerrero to the win column, pure and simple, and instead it was a bruising fight — in its tone, and literally, on each man’s face — that Guerrero […] 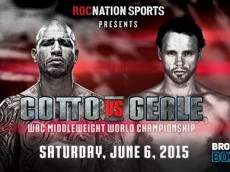 Miguel Cotto knows that when Miguel Cotto fights its a big deal for the boxing world (and Miguel Cotto). Fans of third-person sports interviews and 157 lb middleweights rejoice; Cotto is fighting Australia’s Daniel Geale this week. That’s almost it for the boxing schedule, really, though there are some club fights on Tuesday and a […]