With six major televised fights ahead this weekend, we’ll split them in two for a shortened version of the usual preview and prediction column. Today: The Saturday Showtime card and the Friday ESPN360.com card [UPDATE: It won’t air on ESPN360.com after all]. Yesterday: The Saturday HBO card [Post-script on that entry: It’s been updated with a “no spoilers” plea]. 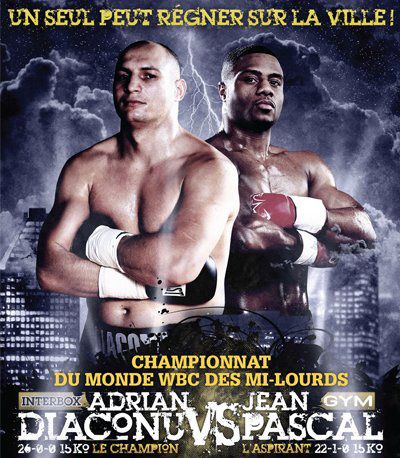 The Stakes: Bradley, 26, is one of the finest young American boxers out there, a title Peterson would like to have for himself. Instead, Peterson, 25, is the among the finest young American boxers in potential only, a prospect graduating to contender compared to Bradley’s proven quality against top opponents. Bradley may already be worthy of top-20 pound-for-pound status and he’s the clear #1 junior welterweight in the world behind division champion Manny Pacquiao. They’ll fight in the main event of the Showtime double-header.

The Strengths: Bradley is a physically and mentally strong boxer who does a lot of things well. He’s fast, mean and punches in bunches, and for a muscle-bound type, he has wonderful stamina. His right hand is his best weapon, but he’s got a pretty good arsenal to the head and body. He can fight as the aggressor or going backward and just has a knack for finding a way to win. He also has one of the best head butts in the business. Peterson also is a speedy boxer who can punch in combination. He throws a little straighter than Bradley. He’s well-schooled on both offense and defense, where he keeps his gloves up well. Although there are differing tales about who got the better of each other when Peterson sparred with Mayweather this year, all agree Peterson gave Mayweather some trouble, and that’s a promising sign of what Peterson might be capable of.

The Weaknesses: Bradley gets a little wild with his punches, and he’s been down against big punchers, thanks in part to throwing shots that leave him open. Peterson is far more inexperienced — his best win might not qualify as Bradley’s sixth-best win. Neither punch very hard — Peterson has 13 knockouts in 27 wins to 11 knockouts in 24 wins for Bradley. Peterson has four knockouts in his last six wins, although one of them was a stoppage due to a hand injury; Bradley may punch harder overall, given his record against better opponents.

The Prediction: I keep picking against Bradley and I keep regretting it when he wins. Once again, I think Peterson has the skills to beat Bradley, who just never impresses me all that much. But one thing that impresses me is that somehow, one way or the other, he finds a way to win. I might have picked Bradley to beat Peterson anyway given that Peterson probably doesn’t have the power to keep Bradley off him, which means Bradley is likelier just to outwork and overwhelm his man. But I won’t pick against Bradley again unless his opponent is a killer like Pacquiao, and even then I’ll hesitate. Bradley by decison.

The Stakes: Darchinyan was on a roll until he moved up to bantamweight and lost a clear but competitive decision to Joseph Agbeko, when he’d risen to top-10 pound-for-pound status in some books. He didn’t look like the Darchinyan who’d become such a force, the smart power-puncher, instead degenerating into crazy brawler against Agbeko. He’s returning to junior bantamweight and is chasing another title there and a rematch against Nonito Donaire. Rojas is a solid “get-well” opponent, but he could make a name for himself by upsetting Darchinyan, having lost to every elite opponent he’s fought. They’ll kick off the Showtime card.

The Strengths: Rojas is a big boy at a little weight. He’s 5’9″ and has fought at bantamweight frequently — so he may not be such a downgrade size-wise from Agbeko. He works his jab, throws a lot of punches, hits with decent power, has moderately good hand speed/foot speed and has solid if unexceptional boxing skills. He’s sturdy, only losing by knockout once in his 11 losses. Darchinyan is a big, bit hitter at junior bantam and below, scoring 26 knockouts in 31 fights there. His awkwardness makes him a difficult foe for most opponents, but he has a good amateur background and can fight slightly more conventionally when he wants to. And I mean “conventional” the layman’s way, not the boxing terminology way — he’s a southpaw who throws his straight left with nasty intentions.

The Weaknesses: Rojas is just good enough to be a reasonable test for elite opponents but hasn’t beaten any of them yet. Anselmo Moreno, Cristian Mijares, Jorge Arce, Gerry Penalosa — even someone like a Luis Maldonado has beaten him, although he got a nice win over Evans Mmamba in October. Rojas is pretty hittable, is part of the problem. Darchinyan recently reinvented himself as a sharp boxer-puncher, but he threw a lot of it out the window in his win over Arce and threw the rest out the window against Agbeko. When he’s his old self, he’s still potent but he’s infinitely more beatable, as he gets sloppy and makes a lot of mistakes. His chin was once sterling but he got knocked out by Donaire and has been wobbled or stunned in three of his six fights since. He’s old at 33 for a small fighter and that may catch up to him sooner rather than later.

The Prediction: Darchinyan by late knockout. Vic knew immediately after the Agbeko loss that he’d fought a stupid fight, and has clearly kept that mistake at the forefront of his agenda since. Darchinyan hits harder than anyone Rojas has ever faced, so if Arce can hurt him, I think Darchinyan can too. Rojas may hypothetically good enough to beat a fading Darchinyan, if indeed Darchinyan is fading, but his record doesn’t suggest he will.

The Stakes: Canadian bragging rights and a move up the light heavyweight rankings are on the line in this fight that got picked up on . Pascal won the first fight, amongst the handful of best bouts of 2009. Pascal is making a name for himself as one of the exciting young talents in the sport. Diaconu is a pressure fighter who offers him the perfect foil. The first fight did big business north of the border, and the rematch is said to be hotly anticipated too. Chad Dawson is in line to fight the winner because of his “interim titlist” status, and Dawson taking a shot at a belt owned by either Pascal and Diaconu sounds like one of the more intriguing bouts of 2009. Good of ESPN360.com to pick this up — if it’s anything like the first, it should be very good. (SecondsOut.com will also carry it for a small fee, and ESPN Deportes will air it Saturday at 8 p.m.)

The Strengths: Pascal is fast, fast, fast. One of the fastest in boxing. He hits hard enough to have moved up in weight from 168 and knocked down Diaconu, who’d showed a sturdy chin so far in his career. He has great legs, too, able to fight on the outside and dip, duck and dodge while fighting growing backward — when he’s focused on doing so. Diaconu puts a lot of pressure on his opponents, and while he doesn’t have the glossiest knockout ratio, he’s a solid puncher. He’s a good inside fighter and is a more skilled boxer than he might appear.

The Weaknesses: Pascal fights with his hands down and suffers from lapses in concentration that lead to him getting messy, which in turn has led to him getting wobbled at times while out of position. Diaconu is a stubby light heavyweight at 5’9″ and isn’t the fastest boxer in the world.

The Prediction: As good as the first fight was, I think Pascal proved he was the better fighter of the two. The only time Diaconu had any pronounced success, was when Pascal got overly aggressive. He definitely won a few rounds otherwise, but when Pascal stayed within his game plan, Diaconu seemed outclassed. Pascal’s a hazard to get carried away freelancing every night, because he likes putting on a show and has huge self-belief. But I think he’ll win again, probably easier than the first time, although still by decision.