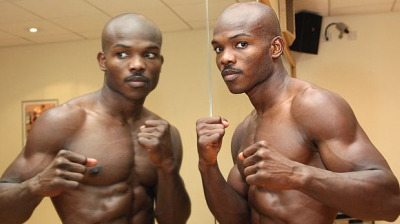 There will come a day in the not-too-distant future when the pundits, in the aftermath of Floyd Mayweather-Manny Pacquiao (if it happens, as looks likely), will say something like: “Congratulations, boxing, on seizing the limelight, if only for a moment. But where do you go from here? Pacquiao is soon to retire, and Mayweather’s day won’t be far off. What then? America has no deep bench of talent to fill their shoes.” It won’t be the first time some form of the question has been asked through the ages. The answer will be, broadly: “Boxing will do what it always does — someone else will come along and become the next big star, even if you don’t know what his name is yet.”

If I made a list before this past weekend of the contenders for who, specifically, would be that next big American star, Timothy Bradley may have won an honorable mention. After this past weekend, Bradley is now a strong contender, so complete and electric was his performance against Lamont Peterson.

You may not have noticed, but, in fact, the top four next-generation American-superstars-in-waiting all have fought in the span of about a month. None of them are older than 28. Light heavyweight Chad Dawson blew out Glen Johnson, the man who’d given him his toughest fight one year ago, to start November. Super middleweight Andre Ward wrecked Mikkel Kessler a couple weeks later. Two weekends ago, middleweight Paul Williams waged a Fight of the Year contender in a win over Sergio Martinez. And on Saturday, Bradley, the smallest of them all at junior welterweight, joined the mix.

One of the true pleasures of boxing — of any sport, really — is watching a young talent graduate into a seasoned professional and true force. We’ve seen Bradley do that this year. He began 2009 with a difficult April win over Kendall Holt, another gifted young American boxer. In that fight, Holt suffered a knockdown early, started to rise and, feeling woozy, took a knee in a bid to regain his senses. It wasn’t luck that led Bradley to a win with the odds looking in that 1st round like they were against him. Holt may have had the speed and power advantages, and Bradley may have charged him too wildly — he suffered a second knockdown late because of it — but by sheer force of will, Bradley won that bout. You got a sense even then that Bradley might be eminently beatable, from the standpoint of skill and physical abilities, but that it would take someone who could come close to his level of determination, and that wouldn’t be easy.

If anyone, maybe that person would have been Nate Campbell, his next opponent four months later. Campbell was as hungry as a veteran fighter can get. He carried a massive chip on his shoulder owing to what he perceived as being denied his due, and not unjustly. What’s more, he was by far the most accomplished opponent Bradley had faced, potentially one of the 10 best fighters at any weight. But Bradley made Campbell submit. A head butt that left Campbell unable to see out of one eye certainly figured prominently into Campbell’s terrible 3rd round and his loud complaints to stop the fight between the 3rd and 4th, and the decision win by Bradley was later rightly changed to a no contest. Still, the fact remained: This was the second straight fight where two men entered the ring, one man enforced his will on the other and the enforcer was Bradley.

Even after that, I saw Peterson as a viable threat to beat Bradley. Peterson coming in was the fighter with better technique — Bradley has always made a ton of mistakes — and he, too, didn’t lack for hunger. Even by boxing standards, Peterson’s tale of a youth spent homeless was harrowing. Peterson had his own claim to maybe someday being the next American superstar, having reportedly given Mayweather himself hell in sparring this year. I predicted, though, that Bradley would find a way to will himself to a win, same as always. What I didn’t predict is how the incredible willpower that had carried Bradley to victory before had clearly translated into his work in the gym. Bradley has transformed from the start of this year to the Little Engine That Could — remember, his rise began in 2008 with one of the biggest upsets of the year, over Junior Witter — to The Man. His performance against Peterson was masterful across the board, a nearly flawless mixture of offense and defense, of intelligent choices and raw aggression. All of his flaws had been grinded down to nubs. Peterson never wilted in the face of Bradley’s fortitude, rising from a 3rd round knockdown to nearly steal back a point on the scorecards with a ferocious body attack. It didn’t take long for Bradley to adjust and retake control of the fight that he won by wide decision. For once, Bradley was faced with someone who came close to matching his determination, and he won because he was just better. It was an awakening. I almost couldn’t believe what I was seeing. Bradley had arrived.

Maybe Bradley gets derailed before he gets recognition commensurate with his star potential, a process that could take years. Look at what became of Jermain Taylor, who in 2005 was HBO’s darling among young American talents, and now is such damaged goods that his closest advisers want him to retire contrary to his own wishes. In the past year alone, middleweight Kelly Pavlik and junior welterweight Victor Ortiz have seen their contention in the “next big thing in the U.S.A.” race suffer massive setbacks. Dawson and Williams are farther along in their careers and higher on the pound-for-pound lists than Bradley is now, and as such they’ve developed knocks that may prevent them from taking the “next American superstar” throne — Dawson because his fighting style is viewed as too conservative and boring, as the Johnson rematch struck a lot of people, and Williams because he still has a great many flaws to correct like his huge weak spot for slick southpaws, as the Martinez fight put on display. Perhaps they overcome those knocks, and if they do, then their ascendance was meant to be. Ward, for his part, isn’t as far along as Bradley, having just turned in his first two high-quality wins in 2009, both of them exhibitions of “power boxing” — a term that originated with Shane Mosley to describe an aggressive application of technical acumen — similar to the one Bradley turned in on Saturday. Ward has a hard road in front of him, a grueling two-year commitment to a 168-pound tournament of killers on Showtime. (In the charisma department, an important factor in American superstardom, Dawson isn’t quite there and Williams has his moments, but Ward and Bradley exude a dignified intensity and Bradley’s got a good sense of humor, so count on that to give them a boost.)

And there is danger of derailment around every corner for Bradley in the deep junior welterweight division, with fellow youngsters like Ortiz (who rebounded from his earlier setback with a win this weekend), Amir Khan, Devon Alexander and Marcos Maidana all eager to take the #1 spot currently owned by Bradley. But that just means more chances for Bradley to thrive if he beats them. I made the mistake this year of twice picking someone to beat him. I didn’t make it the third time. And after the kind of brilliance Bradley showed Saturday against Peterson, I wouldn’t bet against him to be the man who may one day take the mantle of American boxing.