I came of age during the notorious (pun intended) East Coast-West Coast hip-hop rivalry in the early/mid-1990s. It was a time when most of the males (and many of the females) in my predominantly white, suburban high school would rattle the trunks of their hand-me-down cars with booming bass, flash gang hand signals in the hallway, and punctuate conversation with elaborate street slang.

Or, as I like to call it, the good old days.

(The samurai from the Shaolin slums, or the Wu-Tang Clan for the uninitiated, never really got involved in the East Coast-West Coast beef but they did contribute mightily to the soundtrack from that era. Artwork via frank151.com)

While the tragic murders of The Notorious B.I.G. and 2Pac (not that I want to see anyone murdered, but couldn’t the murderers have gone after Puff Daddy and Suge Knight, the guys with the cash, rather than the guys with the talent?) all but ended the East Coast-West Coast hate in the hip-hop world, tensions and differences between the coasts still exist today. The stereotypes still largely hold true: the East Coast is defined by the fast-moving, no-nonsense, success-driven intensity of New York, while the West Coast is characterized by the sun-drenched, laid-back, casual glamour of Los Angeles.

Boxing is not immune to the East Coast-West Coast dichotomy, as circumstances from the past few weeks led me to look a little deeper into the issue. First, on April 24, East Coast fighter Tomasz Adamek, who regularly draws very large, passionate crowds in New Jersey, beat West Coast fighter Chris Arreola in California, in front of a not-so-large, not-so-passionate crowd. And this past weekend, pound-for-pound contender Paul Williams, who last engaged in a Fight of the Year candidate against Sergio Martinez in New Jersey in front of a strong Atlantic City crowd itching to see more after the excellent fight, fought an unsatisfactory bout with Kermit Cintron, again in California, again in front of a dispassionate crowd.

As an East Coast guy, I’ve taken issue with some of the powers-that-be in boxing showing a general favoritism towards the West Coast recently. For example, it ticks me off to no small degree that RingTV.com and the Fight Night Club series focus (in the case of Fight Night Club as of this writing, exclusively) on the West Coast, specifically California. When Doug Fischer does his (excellent) gym notebooks, they feature California gyms and California fighters. Understandable, since Fischer is a California resident, but still imbalanced. I actually wrote an email to Michael Rosenthal about this issue last October and, as usual (I write a lot of weird emails to the RingTV.com editors; sorry guys!), Michael’s response was prompt and well-reasoned.

Ultimately, my concern may be a product of my own East Coast bias. However, that will not stop me from examining the current state of fighters from each coast in the Ring divisional rankings and assessing the relevance of a new, pugilistic East Coast-West Coast rivalry (except, hopefully, without the dumb hand signs and gun violence). 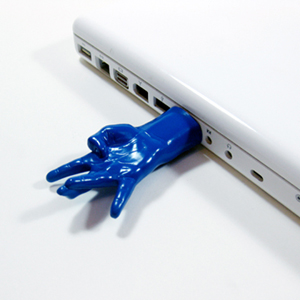 (My flash drive is gangsta!)

Potential for rivalry – Excellent. Adamek and Arreola already squared off in a good fight in California, which Adamek won on the road to truly establish himself among the heavyweight contenders. Eddie Chambers and Arreola would be an excellent stylistic clash between two previous victims of a Klitschko brother. Even an East Coast grudge match between Adamek and Chambers would be fun. Just put Adamek fights at the Prudential Center in Newark where they belong, okay promoters?

Potential for rivalry – Mediocre. Cunningham and Afolabi would likely make a very good fight but nobody is beating down the doors to see it happen. After foiling what should have been an outstanding Friday Night Fights main event against Cunningham, I hesitated to even include Godfrey as an East Coast fighter. With Cunningham set to square off against Troy Ross, the emphasis here is North-South, not East-West.

Advantage – East Coast. Cunningham is simply more accomplished than anyone else on this list. The departure of Adamek and, before him, David Haye, leaves Cunningham in charge of the division until further notice.

Potential for rivalry – Not too good…

Advantage – Seriously? The East Coast is laying the beat down in the early going. It’s like Public Enemy, Run-DMC, Boogie Down Productions, and Ultramagnetic MCs against whatever passed for West Coast rap before N.W.A. came along. Too many tofu burgers, left coast — you’re struggling mightily with the higher weight classes.

Advantage – West Coast. Finally, those dirty hippies get on the board (I kid, I kid). Ward is not only the best boxer in the division and one of the leading candidates to be the next breakout star for boxing (in my humble opinion), he’s become a legitimate draw in Oakland as well. Some may find the inclusion of Dirrell as an East Coast fighter strange, since he’s from Detroit, but Detroit is an East Coast city located in the Midwest, as far as I’m concerned. Plus, the biggest name in hip-hop from Detroit (Eminem) borrowed heavily from the flow of East Coast legend Masta Ace, so Detroit owes us one.

Potential for rivalry – Rather poor. Although Williams and Pavlik may someday have an East Coast grudge match, either fighter would destroy Karmazin. However, if James Kirkland gets his personal life in order and eventually moves up to the middleweight division and Daniel Jacobs continues to develop, the future could be much stronger.

Advantage – East Coast. See above: Either fighter would destroy Karmazin.

Potential for rivalry – Awesome. This division is stacked with three fighters from each coast and there is already history between them. Cintron beat Angulo last year on HBO to earn his slot in the division in a good fight. Powell avenged a 2008 TKO loss to Latimore with a majority decision win on Friday Night Fights earlier this year. There are many interesting fights to be made among this group of mostly young, up-and-coming contenders.

As an aside, I would like to say that I find the Ring rankings for this division puzzling. I consider the absence of Paul Williams to be a joke; he should be no lower than #2. Also, Foreman seems a little low to me and Martirosyan seems a little high. Nitpicking, maybe, but I can’t help it; what has Martirosyan done to outrank Latimore? What has Powell done to outrank Foreman?

Potential for rivalry – Not so great, surprisingly. Cotto and Mosley engaged in a close, outstanding fight in 2007, so a rematch still looms as a possibility, though both fighters may have their best days in the rearview mirror. Once the Mayweather-Manny Pacquiao fight settles one way or another (either in the ring or with another failed negotiation), Berto looms as a potential challenger for Mayweather. However, more of these fighters are on the way down than up.

Advantage – West Coast. The laid-back representatives are starting to make a run here. As with welterweight, quality outshines quantity. Bradley is an excellent fighter.

Potential for rivalry – Better than you think. Reyes hasn’t fought anybody in over a year, so who fits better into his recent competition than… nobody?

Advantage – Push. If Ring was consistent about deciding when someone is “inactive” and deserving of being dropped from the rankings, Reyes wouldn’t be ranked because he hasn’t fought in over a year. Plus, he’s brutally overrated in the rankings compared to his actual accomplishments. Therefore, the West Coast doesn’t deserve an advantage here.

Potential for rivalry – Unlike Reyes, Mendez actually fights, having earned his ranking with a win over Martin Honorio on the Williams-Cintron undercard. Unfortunately, there is nobody on the West Coast for him to fight with. He could find plenty of opportunity in South Africa, however.

Advantage – East Coast. Mendez might not be a world beater, but he’s young, active, and coming off a career-best win.

Potential for rivalry – Pretty strong. Featherweight is a rather loaded division right now, so guys like Luevano and Rojas may be forced to square off in high-risk bouts just to get noticed. That’s a great crossroads fight between a tough vet and a hungry contender. After seeing what potential rival Juan Manuel Lopez was able to do against Luevano, Gamboa may also be interested in one-upping Juanma, as he did when he knocked out Rogers Mtagwa in the second round after Lopez struggled for a decision win against Mtagwa.

Advantage – East Coast. Luevano might be the highest-ranked boxer according to Ring, but Gamboa is absolutely electric in the ring. The East Coast earns the edge with the younger, stronger fighters.

Potential for rivalry – Perez can make great rivalries with anyone, based on his performance against King Kong Agbeko. Unfortunately, the East is as barren as Bad Boy after Biggie in the lower weight classes.

Advantage – West Coast. Perez is a fun guy to watch and a damn good fighter as well.

Potential for rivalry – Judging by his inability to get into a ring with Vic Darchinyan since 2007, Donaire and his team aren’t very much interested in rivalries with anybody.

Advantage – West Coast. Too bad they only win when there’s no competition…

Potential for rivalry – Actually, excellent. Tamara defeated Viloria in his last fight and lost to Segura earlier in his career, so rematch opportunities abound. Plus, all are strong action fighters who make good fights, so any combination should be entertaining.

So, after an entertaining battle between the coasts (though, admittedly, not nearly as entertaining as Hit ‘Em Up), we go to the judge’s scorecards. In an absolute nail-biter, the East Coast takes the title by a score of 7-6-1 in terms of divisions in which they have active fighters.

Clearly, the East Coast boasts world-class boxers to at least equal the West Coast, if not surpass the home base of RingTV.com. Hopefully, promoters will get over their aversion to crappy weather and stop taking our fighters across the country to fight in half-empty buildings, now that the evidence has been presented so clearly and professionally.

More likely, we’ll see Adamek-Arreola 2 at the Staples Center, echo and all.