“He comes at a very fortuitous time. If anybody can bring boxing back to the mainstream … it’s Manny Pacquiao.” – Bob Arum (Associated Press)

Lance Armstrong is one of the most iconic and well-known athletes in the United States. The famed cyclist achieved unprecedented success in his sport by winning the Tour de France seven times, two more than any man in history. He transcended a niche sport with his incredible and inspiring personal story, overcoming testicular cancer before achieving his amazing success.

Armstrong was the Associated Press Male Athlete of the Year for four consecutive years, from 2002-2005. Sports Illustrated named him Sportsman of the Year in 2002. His full list of accolades on Wikipedia is far longer than that. Outside of sports, he spearheaded the Lance Armstrong Foundation, one of the more successful cancer research foundations in the US. He even spawned a surprisingly durable fashion trend with the yellow LIVESTRONG bracelets that his foundation developed to raise money. If you don’t know somebody who wears either a LIVESTRONG bracelet or one of the numerous similar bracelets that followed in its wake, you don’t know anybody. 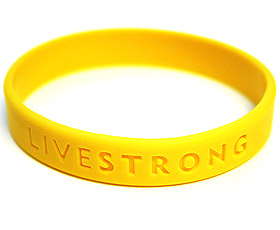 In short, Lance Armstrong is as big a star as there is in the galaxy of sports. He is as recognizable a name in the U.S. as Tiger Woods, Kobe Bryant, Peyton Manning or Derek Jeter. His name registers beyond cycling fans, beyond hardcore sports fans, and beyond casual sports fans, to grandmothers and school kids and men with lives far too busy or interesting to spend time thinking about grown men competing for sport. Athletes simply don’t get much more famous than Lance Armstrong.

As for cycling… well, who gives a shit about cycling?

This is the crux of my current trepidation.

With his victory over Oscar de la Hoya in December of 2008, Manny Pacquiao began his ascent into the Armstrong stratosphere of sports fame. He’s achieved the record-setting accolades, winning world titles in an unparalleled 8 different weight divisions (coincidentally, two more than any other fighter in history, the same margin as Armstrong holds in Tour de France victories over his competitors). He similarly overcame a great obstacle – extreme poverty in Pacquiao’s case – to garner worldwide fame. He has expanded his reach beyond the margins of sport by winning a seat in Congress in the Philippines.

Pacquiao has certainly had a tangibly positive impact on the sport of boxing. He now routinely draws over one million pay-per-view buys for his fights, joining a very select group of all-time mega-selling PPV stars that includes de la Hoya, Floyd Mayweather, Jr., Mike Tyson, and few others. He drew 70,000 people to Cowboy Stadium early last year, and when he drew “only” 50,000 or so later in the year at the same venue, it was considered a disappointment, despite the fact that a crowd of over 15,000 for any other fighter is generally considered a rousing success.

“Pacman” has sung duets with Will Ferrell on Jimmy Kimmel Live and was honored with a meeting with President Obama and a trip to the floor of the United States Senate. Because of Pacquiao, Top Rank promoter Bob Arum was able to negotiate a deal for CBS to air episodes of a documentary series about his upcoming fight with Shane Mosley, paving the way for professional boxing to return to network television for the first time in well over a decade. That move included Pacquiao switching allegiances from pay-per-view king HBO to Showtime PPV, a move driven by the network deal that threatens to send massive reverberations throughout the sport. He has proven an invaluable resource for boxing, capturing the attention of the mainstream media and infusing it with a positive, heroic role model for young boxing fans to admire.

Unfortunately, unless boxing changes its current business practices radically, I do not believe Pacquiao’s amazing rise to fame will have much impact on the long-term future of boxing as a whole.

I referred earlier to Lance Armstrong transcending a niche sport, and I believe Pacquiao has done the same. When Armstrong transcended cycling, he did not take the sport with him. He remained a part of it, a participant and a representative and a star, but the mainstream imaginations he captured were not equally enamored of his chosen vocation. They idolized Armstrong, justifiably awed by his captivating back-story and his character in the face of a terrible disease. They watched him on Oprah and bought his bracelets and supported his foundation and christened him a role model for their children.

They just didn’t share his love of men in tight shorts and bright jerseys racing around rugged, mountainous terrain on bicycles for weeks at a time, unless he was the one at the front of the race.

Armstrong won the ESPY (awards for athletes given by ESPN) for Best Male Athlete four years in a row from 2003 through 2006. Yet when I peruse the variety of sports for which ESPN.com features a dedicated site, including such niche sports (in the US) as horse racing, poker, fishing, rugby, and cricket, I see no section of the site dedicated to cycling.

ESPN rightly considered Armstrong a huge star, and acknowledged him by awarding him Best Male Athlete for nearly half of the last decade. If interest in cycling had increased dramatically due to interest in Armstrong, ESPN would have capitalized by developing content on their Web site specifically catering to fans of a burgeoning sport. It just never happened.

I fear a similar fate is in store for boxing. Of course, boxing is a higher-profile sport in the U.S. than cycling (there is obviously a dedicated section for boxing on ESPN.com, run by the esteemed Dan Rafael, without which I probably would not be the fan am I today), but it is nonetheless a niche sport. I believe some in the sport, and those who follow it, naively assume that Pacquiao’s ever-growing profile will naturally lead to a boxing renaissance.

Unfortunately, just because people are interested in Pacquiao does not mean that they are necessarily interested in boxing. Self-inflicted wounds still mar the sport, and one shining beacon like Pacquiao cannot, and will not — no matter how brightly he shines — blind the world to all those ills.

While Arum deserves credit for developing Pacquiao into the superstar he is today and for leveraging Pacquiao’s notoriety to get boxing back on network television, he still has earned the derision he receives for continuing to isolate himself and his stable of fighters. He has ratcheted up his Cold War with Golden Boy Promotions and has lately shown zero interest in matching his fighters with anyone outside his promotional banner. He maintains his policy of willfully ignoring the wishes of hardcore boxing fans when making fights (see his refusal to match Top Rank stable mates Juan Manuel Lopez and Yuriorkis Gamboa against one another, when neither is going to rise above his current status without that fight, or the years it took him to match Nonito Donaire with a challenging opponent after Donaire impressively flattened Vic Darchinyan way back in 2007), despite the fact that these are the fans he relies upon to attend fight cards, to buy his pay-per-views and merchandise and to spread the gospel of the sport to their friends and associates. And the fight he has proposed to break the longstanding absence of boxing on network television sometime after the Pacquiao documentary paves the way, Mexican star middleweight Julio Cesar Chavez, Jr. against relatively unknown German Sebastian Zbik, reflects the chronic nearsightedness of the fight games’ puppeteers. It makes sense from a short-terms ratings perspective, as Chavez is very popular, drew excellent ratings in his last fight on Fox Sports Deportes, and generally makes pretty entertaining fights, but from a standpoint of putting the sport’s best foot forward and making a big splash in its latest foray into network broadcasting, from a standpoint of marketing the best aspects of the sport, it falls far, far short of rising to the enormity of the stage.

Remember, Strikeforce, a rival mixed martial arts promotion to UFC, also once boasted a network deal with CBS, but those cards relied heavily on gimmick fighters like Kimbo Slice and Gina Carano, who boasted popularity and name recognition but lacked in elite MMA skills (imagine boxing flooding the networks in the 90s with cards featuring Butterbean and Mia St. John, despite having far better talent available, and you’ll get the picture). Despite having no network presence, UFC is still the biggest name in MMA by a wide margin. A network deal does not represent the end of the rainbow, but merely the opening of a door.

Manny Pacquiao’s worldwide stardom and undeniable charisma are no doubt greatly beneficial to boxing, but they are not enough to raise the profile and popularity of the sport alone. Manny has re-opened doors long considered locked down forever, but for boxing this represents only an opportunity, not an achievement. 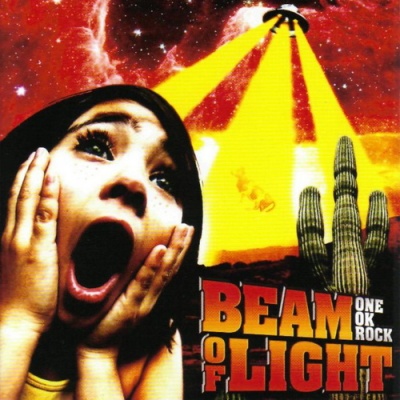 The powers that control boxing, specifically Arum and Golden Boy Promotions CEO Richard Schaefer, will dictate the future of the sport by how they respond to this opportunity. Given the resumes of both men, I cannot say that I am brimming with optimism.

But I’m a pessimist, because I like to be right. This time, I hope I’m wrong.