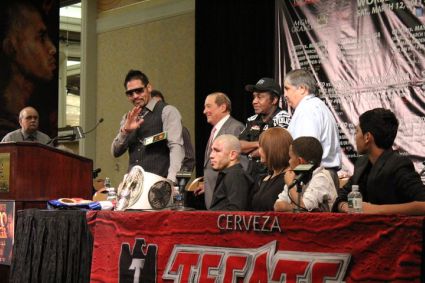 There’s Antonio Margarito at the press conference after Miguel Cotto stopped Ricardo Mayorga this weekend. The body language isn’t terrific. Friend of the site JasonTO came up with this rage comic to illustrate the situation:

Since Margarito is probably next for Cotto, that seems like a good enough intro into this edition of Weekend Afterthoughts.