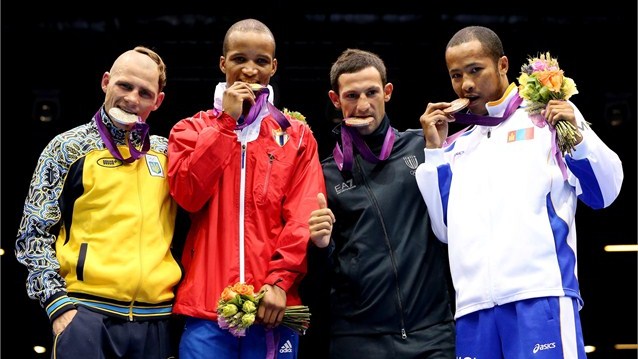 Projecting professional boxing prospects from the Olympics is a dicey affair. The ranks of can’t-miss-Olympian-turned-bust are flush. Sometimes the Summer Games’ newest graduating class produce a ton of quality pros and sometimes not, and usually it takes a good long while for ex-Olympians to come into their own. But let’s not allow dicey-ness to get in the way of speculation. Speculation like this is always fodder for a few kicks. And because amateur gold doesn’t equal professional success, we don’t have to wait for the last gold medal bouts Sunday to conduct this exercise.

What makes an Olympian a good pro prospect? If anybody knew for sure, it wouldn’t be dicey. But there are some fighters whose abilities translate better to the pro game than the amateur game. Some have big punching power, but it’s harder to score a knockout against an amateur wearing headgear, and a knockout is a pretty definitive way to win a fight as a pro. Some have a pressure-fighting style that takes time to gather steam, and it’s hard to gather steam when fights are limited to three rounds rather than the 10 or 12 rounds common for top-level pros. Being a successful pro doesn’t have one formula: Some fighters become successful pros because they’re exciting, some because they’re excellent, some because they’re both. And being successful in the amateurs doesn’t neatly overlap with those qualities — in fact, the amateur scoring system largely rewards making any kind of contact over making meaningful contact, whereas in the pros, “clean, effective punching” is crucial to the standard used by judges.

Here’s a list, then, with picks for each weight division. I’m sticking to the men, because they’re who I covered most during the London 2012 Olympics. Very little consideration is given to who actually will or can turn pro — Cubans, for instance, have to defect to become pros, and some Ukranians are already joining this semi-pro outfit being hosted by the International Amateur Boxing Association, so we can’t anticipate when they might be facing the pros we know, if ever. Some of them are also older than is ideal for starting a pro career. This is just a list of people who, if they became pro fighters immediately, would be the ex-Olympians with the most ready-made pro make-up. The “honorable mention” thing covers me for those weight classes where, for whatever reason, my main choice actually turning pro pro is not likely.

(All the head shots below are from the London 2012 Olympics website, in part because many of them are hilarious. They vary in quality from “Did Vasyl Lomachenko REALLY show up for Olympics picture day in a salmon-colored shirt AND salmon-colored tie?” to “That’s gotta be a police mug shot” to “Someone used a camera from the 1970s to take that one, had to have” to “Hey, look, it’s a young El DeBarge!”)

Hit us with anyone you think we left out, and why, in the comments section.

Super Heavyweight: Anthony Joshua. The Brit is fast. He bloodies his opponents and knocks them down in the amateurs, so he’s got serious power. He has a punishing jab. He’s fearless. And he’s a big boy at 6’6″. Nor do you get the impression he’s peaked — he could get much, much better. By the time he’s ready for elite competition as a pro, the division-ruling Klitschko brothers should be gone, so he could be poised to contend for the throne before too long. Honorable mention: Erislandy Savon

Heavyweight: None. This is the only class where there’s nobody I particularly want to see turn pro. A few men had moments, but nobody ever moved me enough to make a pick. Honorable mention: Oleksandr Usyk 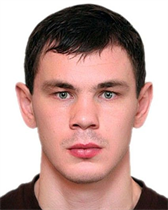 Light heavyweight: In a weak class, Russia’s Egor Mekhontcev might just’ve been the most destructive light heavyweight when he was at his best. Honorable mentions: Oleksandr Gvozdyk, Julio la Cruz Peraza 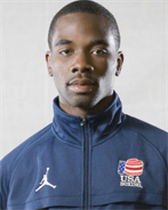 Middleweight: Terrell Gausha scored a rare Olympic stoppage in the Round of 32, and it announced his arrival as the best pro prospect on Team USA. Not only is he fundamentally sound, but he can really hit — he should’ve made it to the Quarterfinals save for some poor judging, but his brand of accurate, hard punching could definitely win over pro judges if his opponents make it to the final bell. Honorable mentions: Ryota Murata, Esquiva Falcao Florentino, Adem Kilicci 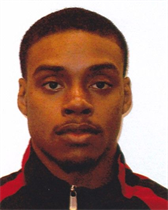 Welterweight: Another relatively weak class, and another member of Team USA — Errol Spence, Jr. Spence made it farther than any other U.S. boxer, and he did it with a kind of mini-Gausha style, i.e. fundamentally sound and accurate, hard punching. Honorable mentions: Serik Sapiyev, Alexis Vastine 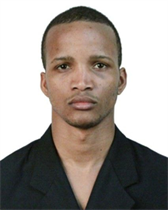 Light Welterweight: Roniel Iglesias Sotolongo. This was a difficult pick between Iglesias and the man he defeated in the Finals, Ukraine’s Denys Berinchyk, but Iglesias showed off versatility throughout the tournament, especially when he engaged the slugging Berinchyk in his own game and beat him at it. Cuban fighters who turn pro have a tendency to keep some of their “score when you need to, don’t take risks, just win” training and it makes them less than thrilling, but Iglesias was willing to duke it out and adept at when he did. Berinchyk also gets a little sloppy and mauling sometimes, which can make for unappealing bouts. Honorable mentions: Denys Berinchyk, Munkh-Erdene Uranchimeg

Lightweight: Here was another tight one, but it’s hard not to go with amateur god Vasyl Lomachenko. It might seem like an easy call, but I expected more from him, honestly, based on his reputation. He’s still a phenom and isn’t gun-shy. Not sure how much power he’d have as a lightweight, so he might be a better pro in a lower division. Evaldas Petrauskas was more exciting than the Ukranian, so he’s a strong honorable mention. Honorable mentions: Evaldas Petrauskas, Jose Ramirez, Félix Verdejo, Yasniel Toledo Lopez

Bantamweight: Oscar Valdez Fierro of Mexico displayed the aggressive/body attacking/boxer-puncher pro stylings of his countrymen that have made boxers from that nation so popular not just with the big Hispanic fan base but hardcore fans everywhere. Honorable mentions: John Joe Nevin, Lazaro Alvarez, Joseph Diaz, Jr. 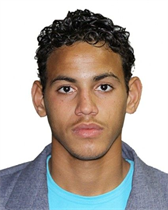 Flyweight: Robeisy Ramirez Carrazana. Gah, is this guy good. He makes every punch count — when he launches an attack, it’s a hurting kind, and he puts his shots together beautifully. He’s also just all-around skilled, very hard to hit on defense and capable of doing it all in the ring. He’s young enough that maybe some of the appropriate-for-amateur/inappropriate-for-pro Cuban traits haven’t set in yet. Cross your fingers that he finds the next smuggler’s vessel off the island. Honorable mentions: Tugstsogt Nyambayar, Nordine Oubaali

Light Flyweight: Little to choose from here, but Kaeo Pongprayoon slightly mimicked the little guy darting in-and-out/landing big, hard combos style of Manny Pacquiao. He shouldn’t have been able to get away with it as an amateur, but he won silver in London, and I suspect he has enough power to make that style work for him as a pro. That is, if the 32-year-old wants to go pro, or would have enough time to make much of it. Honorable mention: Devendro Singh Laishram