ShareTweet
Taking the inimitable pay-per-view record-breaker Floyd Mayweather out of the equation, 2013 was arguably nothing to write home about when measured in terms of outright star power. The cash cows were, on the whole, either absent or slaughtered. Manny Pacquiao barely featured, Canelo Alvarez and Adrien Broner both lost their shine, even the original Golden Boy himself, Oscar De La Hoya, had a bit of a personal meltdown. However, as Al Bernstein recently pointed out with his unique cocktail of avuncular charm and vivid, encyclopedic knowledge of sporting history, the overall quality of the previous 12 months made it probably the strongest year of this generation, and certainly the best since the turn of the century.
Fueled by a consistently strong Showtime calendar, which in turn led to HBO’s retaliation in the form of a markedly packed autumn and winter schedule, we, the boxing public, sat back, laughed, and grew fat on a rich diet of compelling action. We witnessed divisional shifts and numerous outstanding individual performances, blended with a typically hearty dose of inter-promotional bombast, swarthy extracurricular activities, failed drugs tests, obligatory weigh-in skirmishes, and even a sprinkling Chavez family weight problems. However, despite the frequently breathtaking displays of ability, the relentless quality of matchmaking dictated that only a select few could carry their momentum throughout the calendar year.
So, up now: Fighter of the Year candidates. Previously: Fight of the Year candidates, Knockout of the Year, Round of the Year candidates, Knockout of the Year candidates. On deck: Round of the Year, Fight of the Year and Fighter of the Year.
THE FINALISTS (IN ALPHABETICAL ORDER)
Timothy Bradley – USA – 31-0-0 (12 KOs) 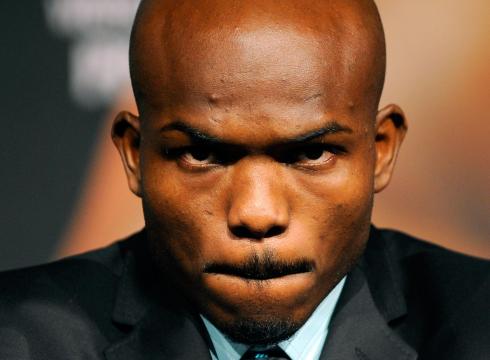 Tim Bradley might just be the single most bloody minded fighter in the entire sport. And that’s really saying something. To gather himself and come back swinging after becoming boxing’s pariah supreme in 2012 took guts. To gather himself, come back swinging, and beat both a Mexican legend and a borderline-demented Siberian destroyer in a fight of the year contender took almost inhuman levels of resolve.
In February, Bradley returned from his post-Pacquiao malaise to face the relentlessly tough Ruslan Provodnikov. What followed was one of the most captivating fights in recent memory, as Bradley fought with a concussion from the second round on and somehow survived to win a tight decision. Leaving the arena in a wheelchair, few believed he would ever be the same again. It turned out he was even better, as he followed up by outfoxing Mexican legend Juan Manuel Marquez in October to go 2-0 for the year and rise to the lofty heights of the pound-for-pound top ten.
Danny Garcia – USA – 27-0-0 (16 KOs) 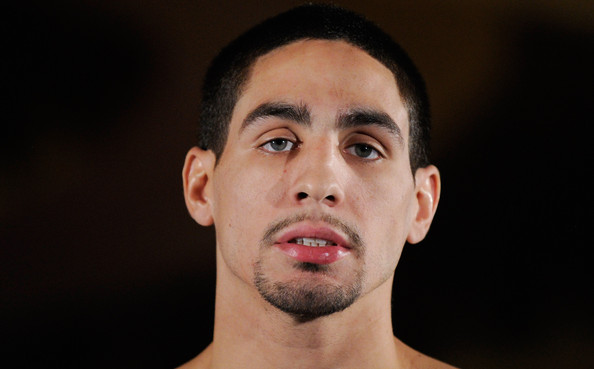 Although September 14th will always belong to Mayweather, there’s a compelling case to say that Garcia stole the show that night. Facing down arguably the most feared man in the sport at the time in thunder-fisted Argentine Lucas Matthysse, Garcia stayed cool on the biggest stage of his career, sticking to his gameplan and both out-punching and out-scrapping an opponent widely considered one of the sport’s biggest bangers en route to a unanimous decision.
Garcia won a lot of new admirers in the process, and it’s easy now to forget that Matthysse had just destroyed top contender Lamont Peterson and seemed destined to plough through anyone foolish enough to get in his way. Garcia, for his part, was derided on the back of a surprisingly close decision win over Zab Judah in April, which saw him rocked several times and taken the distance in what was an enjoyable fight, but one of which he made heavy going. Matthysse was a different level altogether, yet Garcia was able to stay focused, take his opponent’s best shots and fire back with many more of his own, before ultimately knocking Matthysse down for the first time and securing a comfortable decision. Quite simply, in what he would argue is a perennial occupation, he was able to prove a whole bunch of people wrong.
Floyd Mayweather – USA – 45-0-0 (26 KOs) 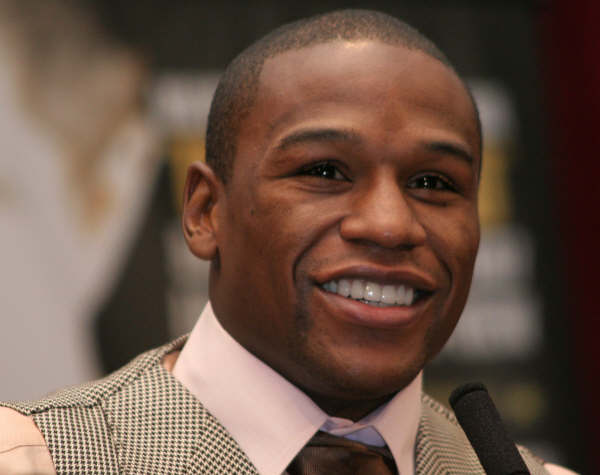 What can you say about Floyd that hasn’t already appeared in fifty foot lights? 2013 saw him secure the second largest and most profitable PPV of all time, draw level with Manny Pacquiao in terms of most lineal titles won, and defeat the man who was widely thought to be his biggest available test. That some are now calling for him to look as high as the middleweight division for his next challenge says it all. The man is utterly dominant at 147 and 154.
In the end, he wasn’t really tested in 2013. Not by Robert Guerrero, who he nigh-on shut out in May, nor by young Mexican hopeful Canelo Alvarez, from whom Floyd was able to capture the lineal light middleweight title. But that’s not the point. He still broke records, both in and out of the ring. The unprecedented paydays ($73,000,000 and counting for the year) as well as extraordinary viewing figures for his meeting with the redheaded Mexican in September are testament to his continued success. Perhaps more importantly, he was able to plant the seeds of doubt when he needed to, to ensure the public felt his defeat to be a feasible enough proposition to warrant tuning in. More than likely, this will prove to be his biggest problem moving forward. Mike Tyson liked to invoke the spirit of Alexander, but Floyd is the fighter who’s come closest to truly emulating him. Like the great man himself, he may now find that there are simply no more worlds to conquer.
Guillermo Rigondeaux – Cuba – 13-0-0 (8 KOs) 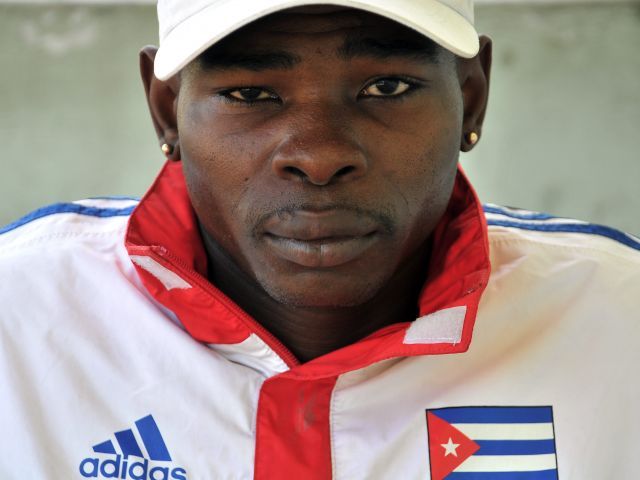 Former Cuban amateur sensation Guillermo Rigondeaux possesses undoubtedly the least fan friendly style of any of our nominees. He’s also got the smallest number of supporters and the least understanding promoter. A pure boxer of an often insufferably thoroughbred nature, he has but one thing going for him: namely the best win of anyone in the sport over the past 12 months.
Nonito Donaire was in almost everyone’s top five pound-for-pound when he defended his super bantamweight belts against Rigondeaux in April. He was the fighter of the year for 2012 and one of the most feared one punch knockout artists of this era. The man facing him was an awkward, wily Cuban with limited professional experience and a penchant for playing it safe. Despite the absurdly close final scorecards, El Chacal comprehensively won the fight. He made an elite level opponent look sluggish, crude, and downright average at times. That’s why he’s on this list. Because he flew in the face of all that we thought we knew.
Adonis Stevenson – Canada – 23-1-0 (20 KOs) 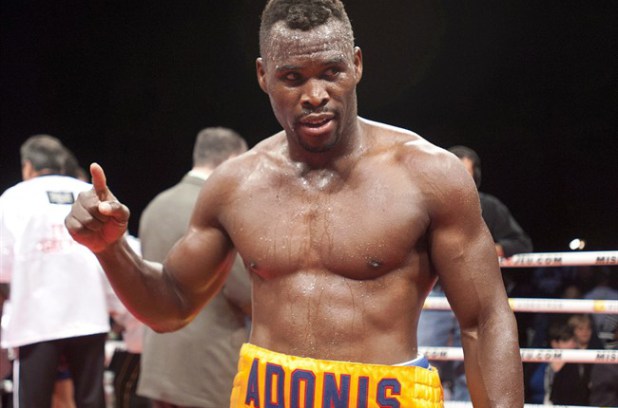 The man better known to Michael Buffer as “A-DON-NEICE” came into 2013 still somewhat of an enigma to many fans. Coming to the sport late, with an extravagantly chequered past even by boxing’s tawdry standards, he appeared to be making his way along nicely, until he was knocked out by a man with a losing record and all seemed lost.
If Darnell Boone once played the White Whale to Stevenson’s Captain Ahab, then 2013 was very much a nonstop, joyous Nantucket sleigh-ride. Beginning in March with knockout revenge over his former conqueror, Stevenson stepped up to challenge longtime light heavyweight supremo Chad Dawson in June. Less than one round later, he was the lineal champ. A systematic beating down of former beltholder Tavoris Cloud followed in September, before “Superman” capped off his breakout year with yet another KO of mandatory challenger Tony Bellew. Four fights. Four early finishes. One long-banished demon.
HONORABLE MENTIONS (IN NO PARTICULAR ORDER)
Gennady Golovkin
The Kazakh KO King lived up to his billing in 2012, with four stoppage victories, albeit only one against a bonafide top contender. Now, if the other top guys would only fight him, he may well find himself far more prominently placed on our lists.
Mikey Garcia
Beginning by dropping renowned tough guy Orlando Salido seemingly at will en route to claiming the featherweight title, Mikey carved a path through the division by effectively retiring former champion Juanma Lopez before stepping up to lightweight and claiming an additional title belt in his first fight.
Sergey Kovalev
Like Stevenson, he is currently running roughshod over the light heavyweight division with four stoppage victories in 2013. In fact, early finishes have become such a habit for “the Krusher” that he hasn’t been passed four rounds since 2011. A potential collision with Stevenson is a mouthwatering prospect.
Erislandy Lara
Like his countryman Rigondeaux, Lara doesn’t always get the crowd on his side. However, in comprehensively outboxing former beltholder Austin Trout, as well as getting off the canvas twice to stop Alfredo Angulo, he’s proved both his craft and toughness in 2013.
Ruslan Provodnikov
The Siberian Rocky started the year as an ESPN-level fighter, and ended it arguably the most feared man in the welterweight division. A relentlessly pressuring, hard-hitting pitbull, Provodnikov’s wars with Bradley and Mike Alvarado were amongst the most compelling fights of the year.
ShareTweet