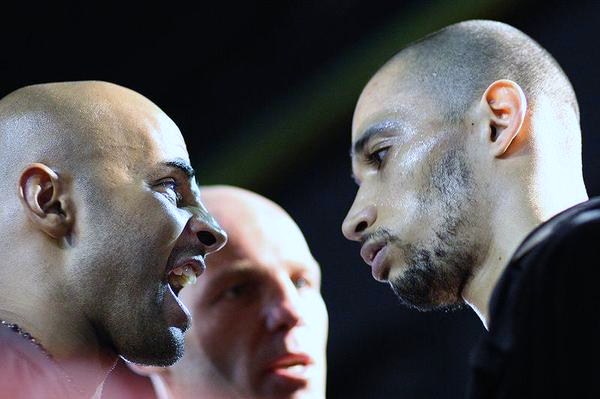 Often, great matchmaking verges on the sadistic. In a lightweight melee that all but guarantees periwinkle shiners and broken bones, emerging promoter Dave Coldwell (in tandem with Eddie Hearn) pits together cult heroes on Sept. 21 at the Liverpool Olympia.

Driffield’s Woodhouse, a former professional footballer, has been involved in helter skelter punch outs with the likes of Dale Miles and Dave Ryan. Merseyside’s Mathews is the battle-scarred poster boy for domestic brutality over recent years.

Outsider Woodhouse, 19-5 (13), is a war hawk and huge at the weight. Mathews, 33-8-2 (18), scored a last gasp knockout over a coltish Tommy Coyle in his most recent appearance yet could just be slipping. It can’t fail to excite. 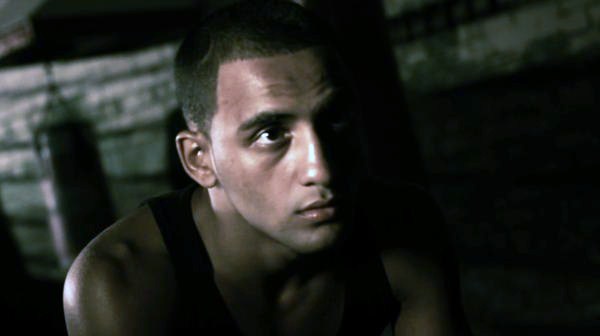 Bouts between highly regarded unbeaten prospects are as rare as hen’s dentures. 23-year-old Galahad (pictured), 14-0 (7), Sheffield via Qatar, is the latest Ingle-trained prodigy; 22 year-old Dickens, 16-0 (5), is a former Everton Red Triangle ABC starlet who has created the sort of underground rumble reserved for future world champions. In a high stakes game of train dodge, they square off on Sept. 14 at the Magna Centre – a redeveloped steel mill in Rotheram.

Originally mandated to meet for the English junior featherweight strap back in April, Galahad elected to pass after his team stipulated that only a British title fight would merit such a risky proposition. The BBBofC made a note and Hennessy Sports have delivered what looks likely to be the first of a potentially electrifying home series at 122 lbs.

Dickens is humble, Galahad outspoken; “Jazza” is a hair-trigger southpaw with power, the Kid an ambidextrous assassin employing volume and cunning. It might be the most important match on the list. 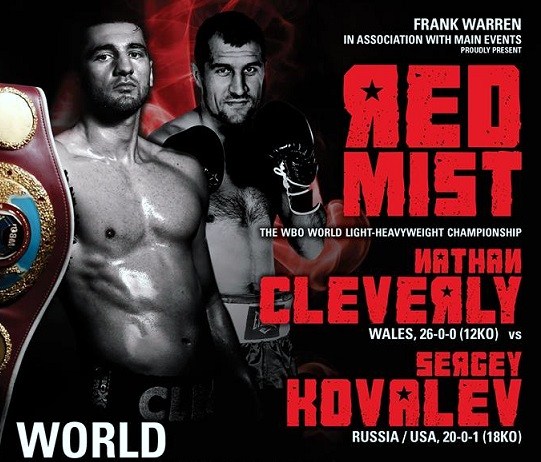 Russian hit-man Kovalev, 21-0-1 (19), Florida, USA via Chelyabinsk, Russia, tackles local man Cleverly, 26-0 (12), this weekend at the Motorpoint Arena in Cardiff — an overseas raid that recalls those made by Gerald McClellan in 1995 and Jeff Lacy just over a decade later. In a showdown between unbeaten light heavyweight contenders, Cleverly must hope that his improvisational boxing, Welsh grit and industry can allow him to withstand one of the most ferocious hitters in the sport.

Grand Poobah no more, Frank Warren has had to change up his game; Nigel Benn and Joe Calzaghe had reached the wrong side of 30 before he pitched them in with the aforementioned triggermen. Cleverly – still a relatively fresh 26 — needs to channel the fighting spirit of both in order to complete a reboot with a win that would reintroduce him onto the world stage.

Before Cleverly and Kovalev raise heckles in the Welsh capital, native Gary Buckland will attempt to secure the Lonsdale belt outright with a third successful defence of his junior lightweight crown, against Merseyside’s Stephen “Swifty” Smith. It looks a hell of a fight crammed with subplots and bite back: Smith’s trainer, Joe Gallagher, mentored Levenshulme’s John Murray when he gave Buckland a pitiless tousing back in 2010. Conversely, Buckland’s coach, Tony Borg, guided the Welshman’s stable mate, Lee Selby, to a shattering knockout victory over Smith in 2011.

Nicknamed “Dynamo”, Buckland, 27-2 (9), is a chin down, forward pressing steam train who holds victories over Gary Sykes (twice), Derry Mathews and Stephen Foster Jr. Smith, 16-1 (9), is a flash-fisted marauder. He pipped Greenock’s John Simpson in a brace of nip-and-tuck affairs for the British featherweight championship that Selby subsequently ripped from him and has rattled off three 1st round knockouts in his four starts since.

Smith is a live ‘dog with a point to prove. Buckland, though, will take some stopping. 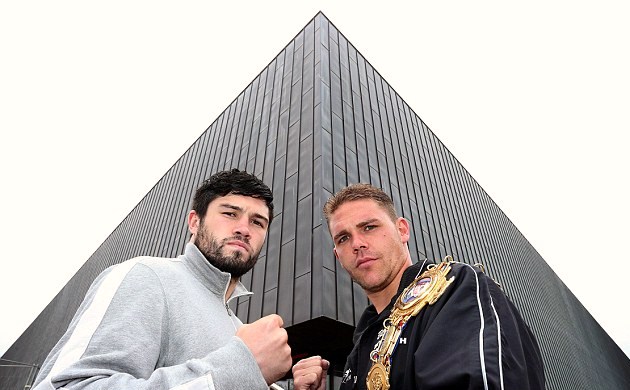 Warren begins trading from the Copper Box Arena, a shimmering by-product of the Olympic Games, with a middleweight crunch match that features British and Commonwealth champion Billy Joe Saunders (right), 18-0 (10), in against fellow lefty John “The Gorilla” Ryder (left), 15-0 (9), on a rival card to the Mathews-Woodhouse pile up. 25 year-old Islington man Ryder is a rugged and well-schooled boxer-puncher. The stylish Saunders, 23, is a professional pot-shotter who will look to steal a march on the U.K.’s next generation of middleweights that includes Chris Eubank, Jr. and Adam Etches.

Such was the Herts man’s dominance over Cork’s Gary O’Sullivan last month — a paint job that saw O’Sullivan routed from bell to bell – there have been concerns that this may no longer be a contest. Ryder, though, who regularly spars with world rated Darren Barker, can exert enough intelligent pressure to test Saunders like never before.