Wow, time flies when you’re getting punched in the face. Has it really been three years since we last handed out the Raymond Joval Award for the worst haircut in boxing? What a three years it’s been.

In 2010, if somebody told you that Paulie Malignaggi would one day sport a relatively sensible haircut and Marcos Maidana would become a hipster, you’d have laughed them out of the comments thread. But thankfully this is boxing, not catwalk modelling, and other fighters have stepped up to contend for the top gong in our little barbershop of horrors.

Unfortunately only professionals are eligible for The Joval, named after the retired Dutch middleweight with the unorthodox shave-job, otherwise Ukrainian gold medalist Oleksandr Usyk would be a shoo in. Without any further ado, here are the nominations (drumroll please)….

Not content with the traditional mullet motto of “business in the front, party in the back,” Argentine badass Lucas Matthysse went for “thug at the back, thug at the front.” In recent times he’s shortened up the back so it’s hardly a mullet at all, but my god, would you look at that slick fringe? Would I say any of this to his face? Absolutely not – I wouldn’t go near him, even if I was armed with a pair of scissors. 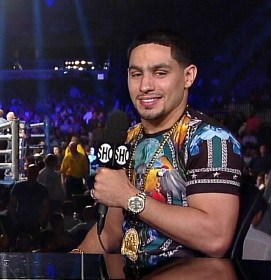 When I lived in Mexico, I did an article for Men’s Fitness about lucha libre. The luchadors told me that sometimes the loser of a particularly high stakes match will shave their head. That’s what should have happened at the end of Garcia vs. Matthysse, except that the clippers should have been applied to the victor as well. Because, while Matthysse’s ‘do is a shocker, Garcia’s square shave thing isn’t much better. The fact that he’s a 25-year old man whose haircut matches his dad’s is also a cause for concern. 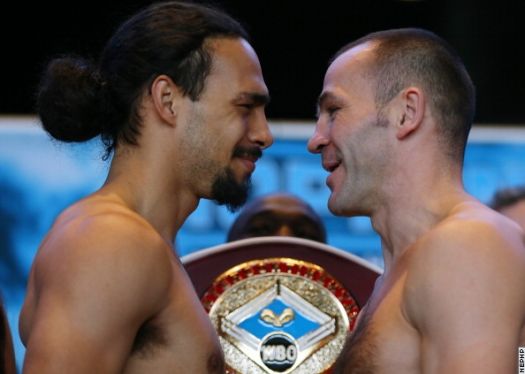 Boxers often have healthy relationships with the journalists that cover them, but Keith Thurman is taking it a bit far by copying Doug Fischer’s ponytail. In fact, the hard hitting Floridian’s locks are even more luxurious than Fischer’s – I’ve never seen the California scribe rocking a bun like that. 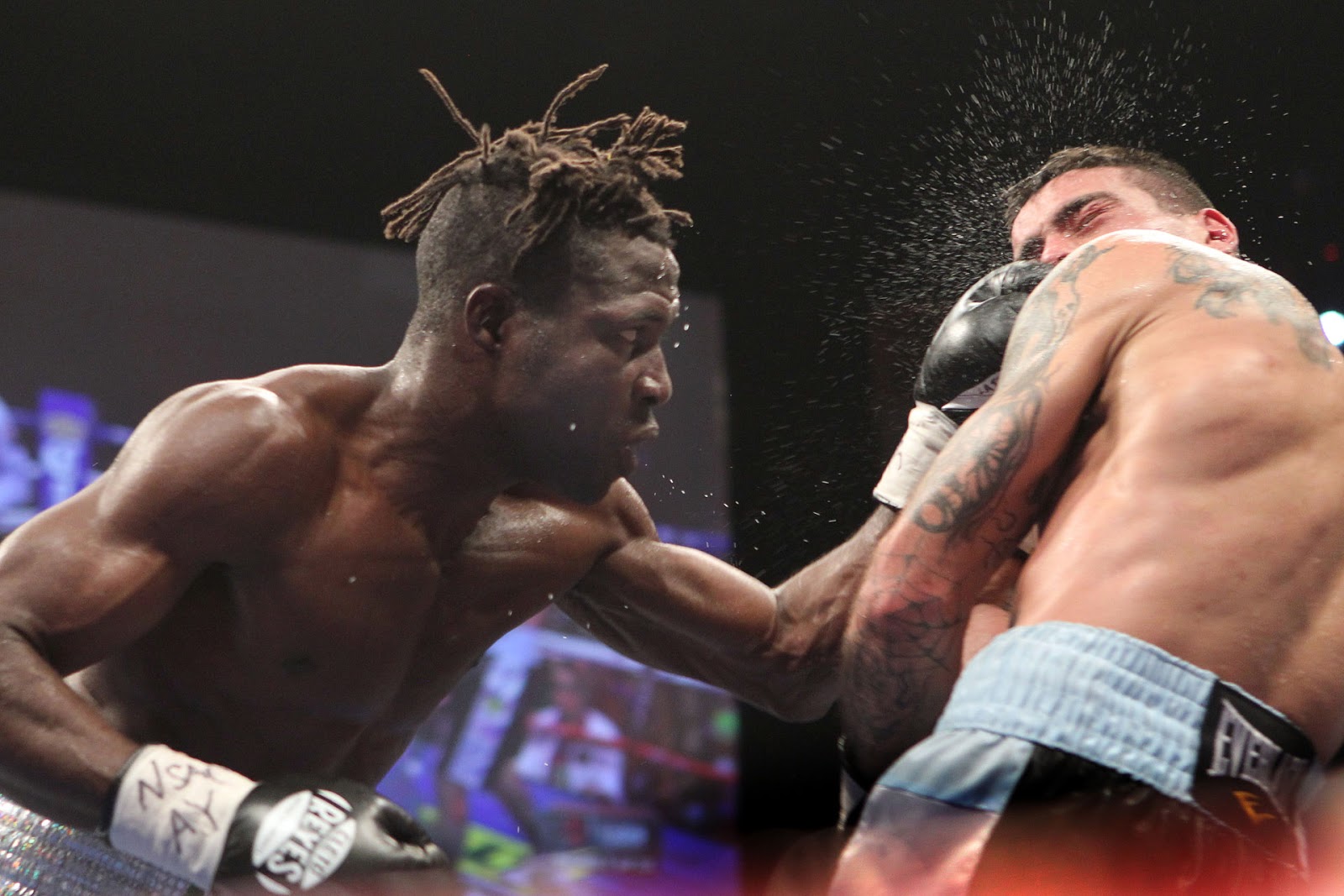 With his sprouting mini-dreadlocks, Nigeria’s Olusegun Ajose is clearly channelling his spirit animal: the chia pet. Maybe rocking miniature dreadlock pigtails on top of his head was what made him such a tough sumbitch in the first place, kind of like a “Boy Named Sue” situation but with terrible hair.

The photo says everything. There is nothing I could possibly add.

And the winner is….

So basically we’ve discovered that junior welterweight is the land that hairdressers forgot.  Also, Lucas Matthysse is the winner! Congratulations Lucas. Please don’t hurt us.