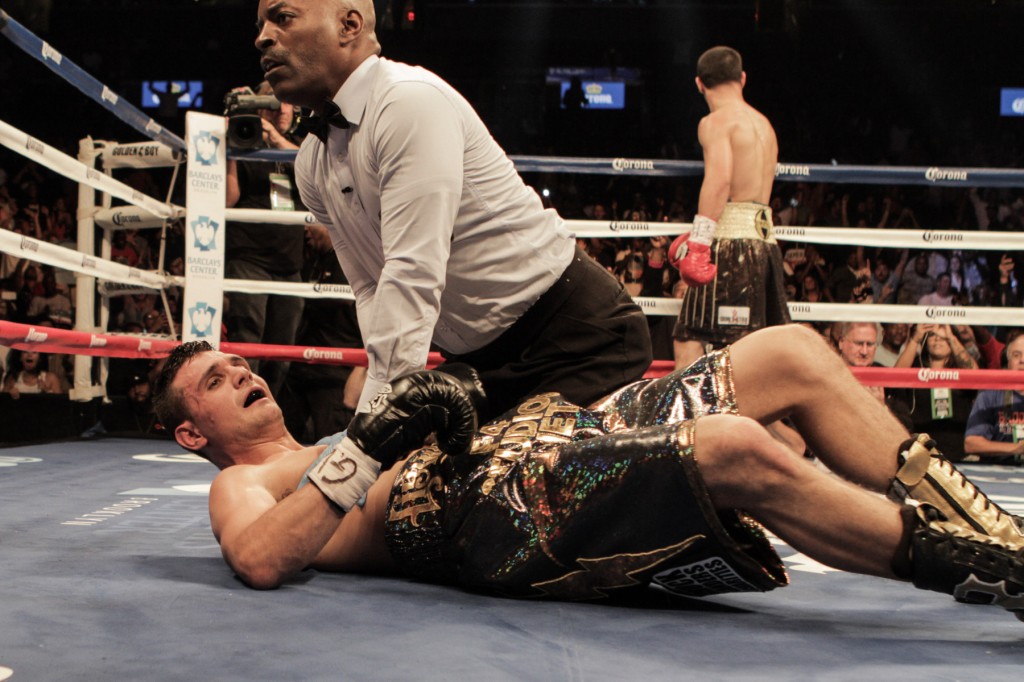 Salka, 19-4 (3 KO), appeared visibly smaller than Garcia from the outset, and attempted to backpedal and dart forward with jabs and right crosses early in the fight. Garcia’s counterpunching deterred Salka, though, and he was jumpy, refusing to commit to much in round 1.

Garcia, fighting out of Philadelphia, didn’t show much aggression in the 2nd round, until a series of right hands to Salka’s body led to a quick right hand counter upstairs that buckled his knees about one minute into the round. Before taking many more punches Salka went to the canvas to get a quick rest, and got up only to meet a larger opponent attempting to run him through.

Garcia unleashed on his defenseless prey and Salka’s legs again gave out, and he went down with one minute remaining. He got up at a count of nine, then went all-in, trading with Garcia in a last ditch effort to create something from nothing, and was absolutely pulverized by a left hook in an exchange. Salka went to bed, and the fight was ended.

In under two rounds, the “million to one” chance — as his team called it — was obliterated. Salka simply had no business being in the ring with the junior welterweight champion, and it was obvious. As much as it might have been earth-shattering for a guy with little hope to win, it wasn’t to be.

As many pointed out going in, Danny Garcia vs. Lamont Peterson needed no set-up card. Garcia giving Salka an opportunity was generous, but with this being all about business and speaking in the third person, it wasn’t necessary.

Danny Garcia, now 29-0 (17 KO), needs to fight a world-ranked opponent — someone substantial — next. And he needs to do it sans excuses, hiding behind a promoter, adviser or manager, and do it soon.