So continues our marathon coverage of one of the biggest bouts of 2014, Floyd Mayweather vs. Marcos Maidana, on May 3 on Showtime Pay-Per-View. Previously: the basics of Mayweather-Maidana; TQBR Radio on Mayweather-Maidana; the undercard, previewed. Next: a staff roundtable.

Mind. Matter. How do Floyd Mayweather and Marcos Maidana stack up in those categories? Here, we examine both the more mental and more physical attributes of the two combatants. 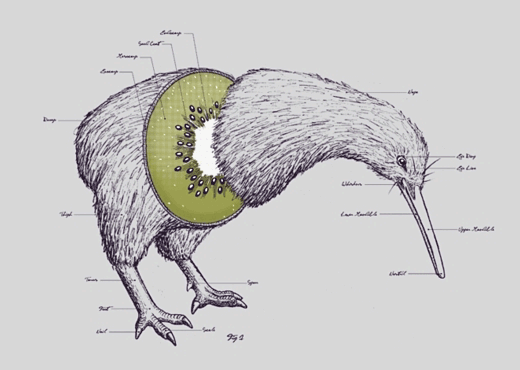 Size. Both of these men are stretching it as true welterweights — Maidana struggled in his welterweight debut and since has adjusted well enough (perhaps with the assistance of successful/controversial strength and conditioning coach Alex Ariza) to get to the middle of the top 10 pack and ramp up his power enough to score KOs and knockdowns, while Mayweather can’t hurt anyone at 147 enough to stop them, really. That said, Mayweather has been at 147 longer than Maidana and has the dimension advantage at 5’8″ height and 72″ reach to Maidana’s 5’7″/69″. That’s a slight… Edge: Mayweather

Speed. Bwahahahahaha. Heh. Ha. Heeeheeheeehee. There might slower fighters in the world right now good enough to crack their divisions’ top 10 than Maidana, but I can’t think of them off hand. Maidana is the slowest Mayweather opponent since fellow Argentine Carlos Baldomir. By straightening out his punches a tad, he’s faster than he used to be, but his feet are not great and his punches are slow for a fighter of this level of accomplishment. Mayweather, of course, is one of the few fastest men in the sport, still, even at age 37. I need to get an appendectomy after laughing this hard at comparing the two. Edge: Mayweather

Power. By contrast to the speed category, Maidana is on the very short list of the most powerful punchers Mayweather has ever faced, even if his power isn’t as pure at 147 pounds as it was at 140. It’s a clubbing power, not a quickness-derived power. Shane Mosley and Diego Corrales rival or surpass Maidana for one-punch power. Mosley badly hurt Mayweather; Corrales never really hit him. Maidana has hurt or knocked out almost everyone he has faced, including types never or rarely hurt, like Jesus Soto Karass and Adrien Broner. This, more than any single factor, is why Maidana has a chance, if he does. Mayweather’s power — derived almost entirely from speed and accuracy — is enough to back off junior middleweights, even if he hasn’t knocked out anyone except Victor Ortiz (with a sucker punch) since 2008. But that’s all it is: passable, useful, not good enough to be considered, like Maidana’s power, for tops in the division. Edge: Maidana

Condition. For a fighter who relies so heavily on charging hard, Maidana’s stamina is balky. He sometimes starts too slow; he sometimes disappears mid-fight; he sometimes gasses late. Perhaps that’s because he sells out so often with his punches and misses too many, all of which is draining. Maybe he’s just not born with the stuff. Whatever the reason, he fights in spurts and is invisible too frequently. And he has accumulated some damage over his career, even at age 30, even while he remains in his approximate physical prime. He doesn’t bleed like a stuck pig all that much, and he hasn’t suffered any in-fight injuries of note. Mayweather is perhaps the most supremely conditioned fighter in the sport, even at age 37; Timothy Bradley and Manny Pacquiao have given him a run for his money in the past few years, but both have had stretches of seeming tired or being unable to go full bore of late. What’s more, the only thing that could’ve slowed down Mayweather — various hand and elbow injuries — are all under control. Staying in shape year round, not taking many big shots in the ring and paying close attention to his troublesome spots have made Mayweather impervious to weakness here. Edge: Mayweather

Chin. Maidana has been dropped by body punches from Amir Khan, decked by head punches from Victor Ortiz and wobbled by Josesito Lopez. Mayweather has been dropped by Zab Judah (unscored), rocked badly by Shane Mosley and significantly buzzed by Demarcus Corley. Both have shown outstanding, outstanding recuperative powers. Maidana had Khan on the verge of a knockout, stopped Lopez and got up from knockdowns to halt Ortiz. Mayweather re-took full control from Judah, Mosley and Corley. Ultimately, Mayweather stays on his feet more often than Maidana does. Edge: Mayweather

Offense. Where Maidana’s offense trumps Mayweather’s is in the awkwardness factor and the punching power, and we already covered the power part. Otherwise, it’s all Mayweather. Maidana’s favorite weapon is wild overhand right, and his next favorite punch is any body shot. He now has a useful jab thanks to new trainer Robert Garcia, and he used it excellently against Adrien Broner by establishing a jab to the body then turning it into a sweeping left hook that did big damage. Maidana does not really backpedal and counter; he either attacks or does not. Mayweather is a naturally gifted counterpuncher who loves the counter right but can lead with jabs to the head and body or left hooks to the head and body or with 1-2s. Mayweather doesn’t hit as hard as Maidana, but on offense he does every single thing better — he’s more accurate, he wastes less motion, he has a more complete arsenal. Edge: Mayweather

Defense. The list of all-time great defenders in boxing history has few men above Mayweather. His instincts are superb, his shoulder roll liquid, his fundamentals exquisite across the board when he decides to get conventional with it. Maidana, under Garcia, has made a greater effort than he used to. He keeps his gloves high. He moves his head. He doesn’t overcommit on offense to the degree of a Brandon Rios, who gets hit purely because he is on the attack more than he does anything else. Yet any fool can blast Maidana with punches with a modicum of effort. He’s a shitty defender despite trying not to be. Some people just don’t have the knack. Edge: Mayweather

Intelligence. Garcia’s ability to improve fighters has deservedly come under question, when you look at what nothing-improvement Rios and Nonito Donaire have achieved under him, but Maidana is one of his successes. Maidana has grown under Garcia and Garcia has given him the right plans against various kinds of fighters, and Maidana has absorbed the lessons as much as he can; for instance, Maidana just isn’t going to become a very good defensive fighter thanks to his lack of knack. He’s also not going to suddenly figure out some weakness an opponent has an exploit it — if Maidana gets behind in a fight and works his way back into one, it’s because he became a frenzied version of himself and had the energy remaining to do so. Mayweather has the boxing brain of a quantum computer. Uncle Roger gave him great offense, and after a stretch where he was getting hit more than he liked, he switched back to daddy Sr., who restored his defense to an extent. You have three rounds to beat Mayweather with something he hasn’t seen before, tops. Everything after, he’s already figured it out. It’s uncanny and breathtaking. Edge: Mayweather

Willpower. Neither of these men shake easily. Maidana getting up from the Khan knockdown astounds to this day. Maidana’s devotion to the sport appeared to fade against Devon Alexander, but he has rebounded since under Garcia. His stamina issues might point to lackluster training, or might not. His toughness is real, though, as he has made any number of fighters wilt to his mental prowess. He does not care about big crowds; in fact, he has stated a preference for fighting off TV in an empty studio. Mayweather is likewise unflappable. However much we harbor the notion that Mayweather is insecure about that 45-0 record, he has never flagged in his steeliness inside the ring for more than a few seconds. His work habits are impeccable, another sign of his will. Maidana is tip-top here, it’s just that Mayweather is unparalleled among boxers of this era. Edge: Mayweather

The Rest. This category might eventually be eliminated, but the one thing that isn’t covered by all the rest is this: cheating. It’s not anything I endorse, but it’s hard to ignore as a factor in fights, and the person who does it better gets an edge. Mayweather is so subtle at how he uses his forearm and elbows. Boxing fans and writers know he does it, but he never does it to such a degree that he get warned. It makes it so opponents can’t do much against him on the inside. But Maidana is not above getting an edge in a whole variety of ways, most notably with rabbit punches but also with low blows, hitting on the break and hitting after the bell. We’ve seen guys try to rough up Mayweather and find that he can top them in a race to the gutter, as with Ortiz. But when I think about how Maidana might win, I imagine him concussing Mayweather with rabbit punches and making him lose his cool. It is not likely, far from it. Mayweather doesn’t lose his cool and he’s better at being dirty than anyone he’s fought. But Maidana going dirty gives him more a chance than trying to land one big punch or land more punches than Mayweather. As such… Edge: Maidana