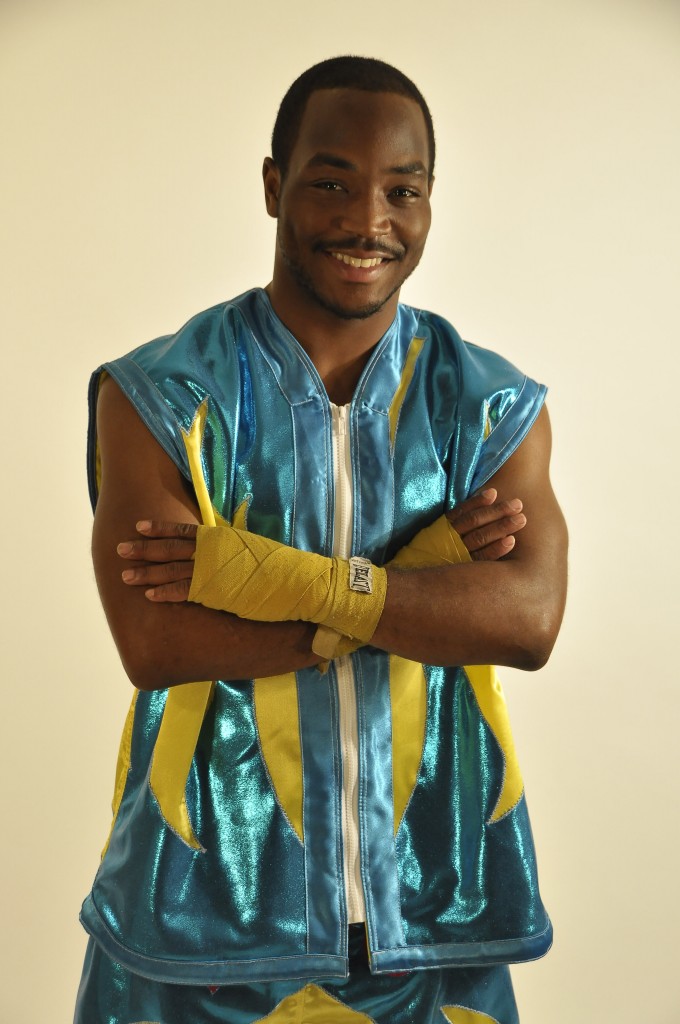 Even though D.C.-area prospect Mike Reed will be fighting outside of his backyard for the first time in his pro career when he travels to Atlantic City June 14, in a way, it’s nothing new for him.

“I mean, it’s cool,” Reed said in a weekend interview. But, “It’s really not a big deal. As an amateur I was traveling all over the country.”

Here’s what is new, though, for Reed, in his 10th professional bout: He’ll be fighting on a card promoted by Top Rank, at their invitation. And that, Reed allowed, is kind of a big deal, because one of boxing’s biggest promoters will be eyeing him for a longer-term relationship.

“There’s a little bit of pressure on me to perform at a higher level than I’ve been performing, or at least at a level where I make a statement,” the junior welterweight said. “Everything’s multiplied times two.

“Hopefully everything goes well. I’m hoping to have a lasting relationship with them,” Reed continued. “Right now I’m 9-0. It’s about that time to have the security blanket of a big time promoter behind me.”

He starts with some measure of esteem from Top Rank, which is putting Reed on the undercard of a show headlined by the return of Glen Tapia, a popular attraction in AC. Brad Goodman, matchmaker for the company, wanted to put Reed on the card for a longer look – but he’s liked what he’s seen so far.

And Goodman will be watching for the same thing Reed wants to deliver: a statement.

“Hopefully he goes out there and makes a statement,” Goodman said. “We believe in his ability.”

That same quality that helped Reed make an impression on Top Rank will apparently persist June 14, namely, a high caliber of opposition at such an early juncture of his career. Reed, 21, will be facing Alberto Morales (11-3-1, 8 KO).

The three losses and the draw on Morales’ record have all come in his last four appearances. But he’s the bigger man – most of his fights have been at welterweight or even higher, and Reed is on the smaller side of 140 pounds – and the eight knockouts have caught Reed’s eye. Reed also has only fought six rounders, while Morales has been 10.

“What I’ve seen about him, he is a step up in opponent,” Reed said. “He looks like he’s packing a pretty good punch.”

That means Reed might have to break a habit or two, and he said he’s preparing to do just that.

Earlier this year, after beating Jorge Marquez, Reed said that he tends to take punches he doesn’t need to because they don’t affect him. Responding to exhorting from his father and trainer, Reed stopped getting hit much by Marquez in the second half of their fight.

Reed, who believes he could make lightweight, is planning to be more defensively responsible against Morales. He isn’t worried about Morales’ size advantage, though.

“He’s a taller fighter and he’s slower. The taller fighters, it takes them a little longer to get their punches there and back,” Reed said. “I’ll look to use my defense and exploit that.”

After his last fight, Reed’s opponent was carried out on a stretcher. He checked out of the hospital the next morning. He said that won’t be on his mind June 14, either.

“It didn’t affect my mentality,” he said. “If he could’ve had the opportunity to do that to me he would’ve. You never want to see anybody get taken out of a stretcher. But I understand it’s a hurt sport.”

Despite the change in geography for the Morales fight, there will be elements of home. Keystone Boxing – which puts on shows at Rosecroft Raceway in Fort Washington, Md., Reed’s home base and a spot where he often headlines – lined up the opponent.

Tapia headlining the card means it is expected to do well at the box office, even with Tapia coming off a bruising loss to James Kirkland.  (Opined Reed: “The quality of fighter he lost to it isn’t anything to hold his head down. I think the fans will understand that.”)

But Top Rank is pleased that some of Reed’s fan base is expected to follow him to AC. Goodman said he heard a couple busloads would accompany Reed.

All in all, both Reed and Top Rank are looking forward to him appearing on the card June 14.

“We’re excited about it,” Goodman said.