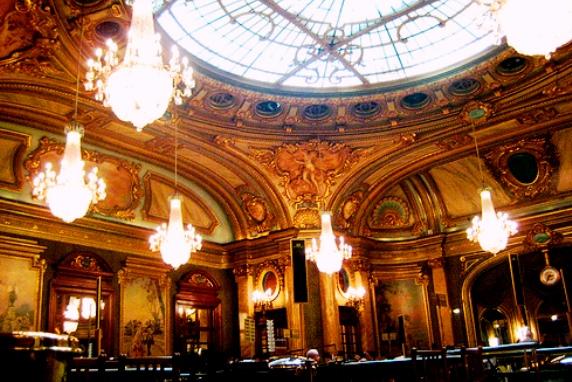 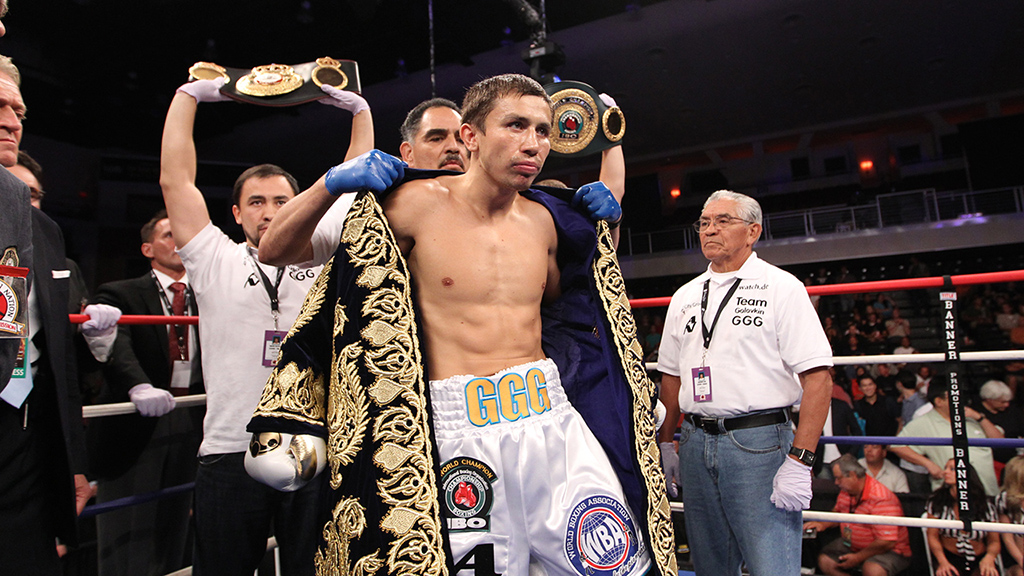 And then Golovkin will come out. Suddenly, there will be Kazakh flags draped over shoulders, waved in the air, and held aloft and blocking your view. You’ll be quite curious about where they all came from. Golovkin will fight a Ghanian fighter named Osumanu Adama, who will be tough man, and will be called “The Snake.” At 22-3, he’ll enter having never been knocked out. That this will change tonight will not even be a question in your mind. You’ll witness the Snake be dropped in the 1st round. And the 6th round. And the 7th round. All by different varieties of punches, all with stunning jaw dropping power, as if Golovkin places them all in the style, time and place of his choosing. Each time, The Snake will answer the 10 count and fight on, but shortly after the third knockdown, the referee will step in and call a halt to the whole thing. Even a hardened fight fan will agree that there is no reason to continue it.
In the confusion that follows the win, the singing, the music, the confetti blown into the air, you’ll be unable to locate either the woman behind you or the Princess, and with your head swimming from too many rounds, you’ll bid adieu to your new British friends and begin to retrace your steps back from where you started, abandoning thoughts of dinner. You’ll have skipped several meals that weekend already, due to the prices you’ll have seen on the menus outside of restaurants in Monaco. When you get back to the casino, you’ll sit outside at the cafe again. You’ll order a drink that cost more than a steak dinner back home, and watch Rolls Royces drive around the circle in front of the Monte Carlo Casino. You’ll order a second drink. With every order, your server goes out of his way to let you know that your request is more than welcome. Sometimes in several languages, just to be sure the message gets through. “But of course! Mais bien sur!!” You’ll find yourself missing the waiters back in France, and that the wondering if their French inattentiveness might be malice is preferable to what you are getting in Monte Carlo.
Finally you’ll decide it is time to walk back to the Port of Hercules, back past the Ester II, and back to your bed. As you walk into the long tunnel of road that cuts through the deep rocky hillside, Ferraris race by at speeds beyond anything you have ever seen on public roads. You’ll wonder what the odds will be that one will come up over the small cement divider that separates the road from the sidewalk, and take you out.
The next day, you’ll check out of your hotel and not bother with the #100 bus. Given the amount of money you shelled out the night before on drinks, you’ll find it rather quaint, cute even, that saving such a small amount of money was something that was important to you the day before. Besides, you’ll have some doubts about whether you deserve it any more than whoever will end up with it, anyway. You’ll buy a ticket for the train back to France, and back to the rainy streets of Nice, and you’ll find your way back to Wayne’s Pub, where you believe people who are more like you spend their time. You’ll find, though, that instead of joining their conversations, you’ll sit at a small table near the wall and drink your pint, even though the place is packed with English-speaking expats. When your waitress comes to ask you if you want another drink, you won’t stop speaking in your laughable French. In your hotel room that night, well after midnight, the Super Bowl will just be getting underway. The broadcast will be in French. There will be almost no commercials. The Broncos will get routed until deep into the early French morning. You’ll begin to think about the things you’ve done. The things you want to do. The things that perhaps you’ll do. You’ll think that life is a very interesting thing. And then your mind will turn to an empty cubicle, waiting your return, and you’ll know that all of this will be like a dream soon, something that never happened. And that no matter how hard you try, some things you just cannot hold onto. And then you’ll turn, and walk out onto your darkened balcony, and stare off into the lighted foothills of the Alps, with a slight mist of rain in your face. This is how things work, you’ll understand. And once again, very soon, you will neither cheer, nor will you be mortified. You will be seated, stoic. Unmoved.
ShareTweet