Which staged-seeming heavyweight video to start this dual “fights in the works”/”news roundup and analysis” post with? Throwing a shoe or overturning a table? We’ll go with Shannon Briggs throwing a shoe at the champion, Wladimir Klitschko, and then with Tyson Fury throwing a table in advance of his rematch with Dereck Chisora. 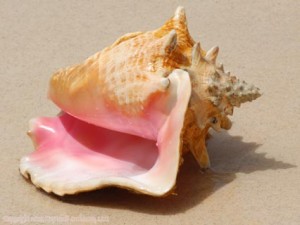 Also, for some reason, there’s a heavyweight who calls one of his punches a “conch punch.” The reason is probably that he’s from Florida but it still makes no sense to me. Conches have no punching power or explosive quality or anything. I wouldn’t want to be hit with one, maybe? But a regular punch would probably be more damaging. Or maybe he meant it’s a punch that pierces ears?…

Mainly Tyson Fury is becoming one of my favorite fighters. He’s all drama in the ring. He’s a headline-making machine outside it. He throws a table. He announces he would knock out Floyd Mayweather — about 100 pounds lighter than him — in five seconds. He says that if David Haye offered him a huge contract, his reaction would be, “fuck your mum.” That’s all in one week or so. Fury, so funny. So far Chisora is being tame in this promotion, perhaps wary of getting his boxing license revoked or big fines. Should Fury win, a Tony Thompson fight would produce such epic headlines…

Good news for light heavyweight Jean Pascal’s legal fortunes: No charges will be pressed against him over the alleged sexual assault that took place at his crib…

Since I wrote this, we’ve gotten some additional information about what happened between light heavyweight champion Adonis Stevenson and HBO. We discussed that new information in the comments section of the first link in part, and the gist is that HBO’s position is a bit more defensible on the renegotiation tip given that the Sergey Kovalev fight was not guaranteed, even if I’m not sold on the notion that HBO is guilt-free for not getting things taken care of in writing. I also figure what I wrote didn’t specifically castigate Showtime enough, even though it took some heat for various shitty fights. For one, I get that the network was trying to fuck over HBO, but that seems to be about the extent of the move and it’s a bit shitty even from a purely capitalistic viewpoint. For another, Golden Boy’s Richard Schaefer didn’t have much business talking about Kovalev-Main Events, which was another purely disruptive move, by my read. Whether there’s any validity or not to the Main Events legal threat on Kovalev-Stevenson, I cannot say, although I suspect there isn’t, not that I blame them for wanting to give it a try…

With Kovalev now missing a marquee opponent, his promoter is talking up a meeting with super middleweight champion Andre Ward. It makes all the sense in the world, even if Ward isn’t interested in 175 yet and is locked in a court battle with his promoter. It’s the next thing to look forward to. It’s the next thing to be disappointed by when it doesn’t happen, more likely.

The talk still points toward super middleweight Julio Cesar Chavez, Jr. taking on upward-moving middleweight Gennady Golovkin in July on HBO pay-per-view, although there is certainly cause for skepticism. It feels like a misstep for Chavez in theory, but maybe it has some kind of value as a bait-and-switch. It’s all kinds of wonderful — or most kinds of wonderful, since the PPV part is a bummer — if it does happen.

Speaking of PPV: The undercard for May’s welterweight Showtime PPV headliner between Floyd Mayweather and Marcos Maidana is set, and it’s no great shakes. We’ve got Amir Khan fighting Luis Collazo, a potentially competitive welterweight bout only because Khan is not a true welterweight. Khan says he’s getting advice from Ricky Hatton, a worrisome situation since Collazo deserved a win over Hatton when they met. Then we have Adrien Broner vs. Carlos Molina at 140, which at least reflects the reality that Broner is also not a true welterweight, but a bit of a letdown as far as Broner’s next opponent goes because Molina hasn’t fought since 2012 when he retired against Khan.

Continuing the trend of “blech” Showtime bouts, the Lucas Matthysse-John Molina/Keith Thurman-Julio Diaz/Omar Figueroa-Jerry Belmontes tripleheader in late April is a triple serving of it. Matthysse might deserve an in-between bout after his loss to junior welterweight champion, which Molina, a lightweight, would qualify as; but Thurman should be fighting better than Diaz at welterweight, and Figueroa should be fighting better than Belmontes at lightweight. The totality is blech.

Of recent Showtime additions, the Paulie Malignaggi-Shawn Porter welterweight bout, added to April’s D.C. bill headlined by light heavyweights Bernard Hopkins and Beibut Shumenov, is the best of the lot. It’s not outstanding, just a nice bout between two top-10 worth welterweights where the outcome isn’t obvious.

Howsabout Evgeny Gradovich-Alexander Miskirtchian in May? Works for me. Misky has some top-10ish buzz at featherweight.

Ruslan Provodnikov still has no opponent for his next fight, and few good options. The junior welterweight’s team had been looking at Antonio DeMarco for him, and HBO was cool to it, which, hard to blame them. Brandon Rios would be an excellent option but the Prov side doesn’t trust that Rios can make 140 pounds. Provodnikov also has been lobbying for a shot at division champion Danny Garcia, but then there’s that whole “they fight on different networks” problem, although Prov’s manager said they’re not so involved in any feuds so as to prevent them from fighting anyone they want. I like the fight, in principle.

(Round And Round sources: ESPN; BoxingScene; news releases)