So continues our marathon coverage of one of the biggest bouts of 2014, Timothy Bradley vs. Manny Pacquiao II, on April 12 on HBO Pay-Per-View. Previously: a primer on the rematch; a Bradley-Pacquiao edition of TQBR Radio; keys to the fight. Next: a staff roundtable. 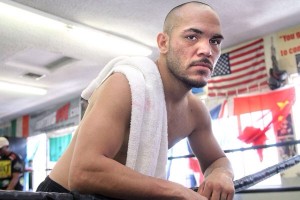 Usually pay-per-view weeks are busy in boxing, as promoters look to cash in on the extra eyeballs on the sport. Not so this week; there’s very little on outside the Timothy Bradley vs. Manny Pacquiao undercard. Luckily it’s not too terrible an undercard, as undercards go (and generally they go badly). I don’t think any of the fights will be particularly competitive, but we may learn something from each and that’s all you can really ask for (you could ask for more, but you won’t get it, this is boxing).

The Rest Of The Week’s Boxing Schedule