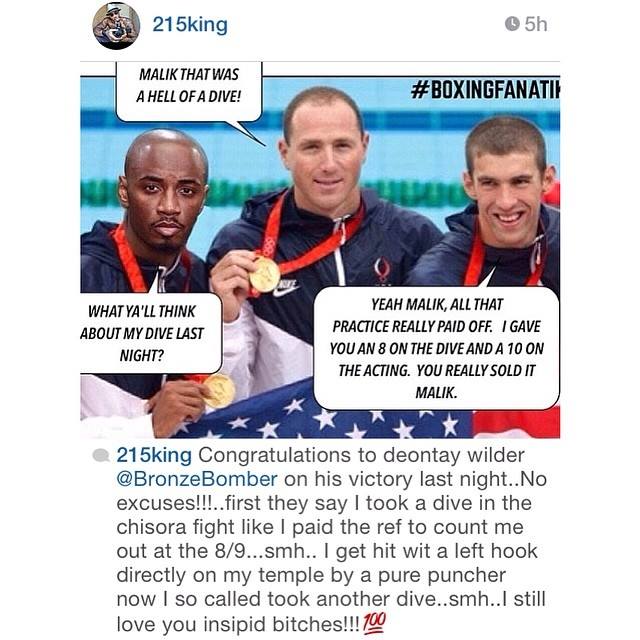 It's not crazy to think a boxing match could be fixed, that someone took a dive. It's just that sometimes, there's a viable explanation. Like, a boxer gets hit on the temple — a historical knockout button — by a heavyweight with not only a reputation for big knockout power, but evident knockout power that anyone who's watched boxing for very long can detect as authentic.  In this case, the knockout victim is Malik Scott, who still loves us insipid bitches, at least. What's more, Corey Erdman of SIRIUS/XM told me Tuesday on-air that Scott had suffered damage to his eardrums during sparring with Tyson Fury even before his questionable KO loss to Dereck Chisora, so maybe he's not been the same since.

Or you can think it was a dive on the level of this Vine below. Your call.

In this edition of Weekend Afterthoughts: the subjects in the headline, Daniel Jacobs' return, Tomasz Adamek, Julian Williams (screw you, he still counts as "weekend"), and more.