Welcome to The Queensberry Rules’ annual year-end boxing awards, continuing this week. Here’s how we do it around these parts:

For each category, we give five finalists, with video and/or relevant info. You tell us if our finalists and honorable mentions are lacking, and give your vote on who you think should win. Maybe you sway us to adjust the list, and maybe you sway us on the eventual winner. On the second day after a category is introduced, we’ll give you the winner and explain why.

2015 FIGHTER OF THE YEAR FINALISTS (IN ALPHABETICAL ORDER) 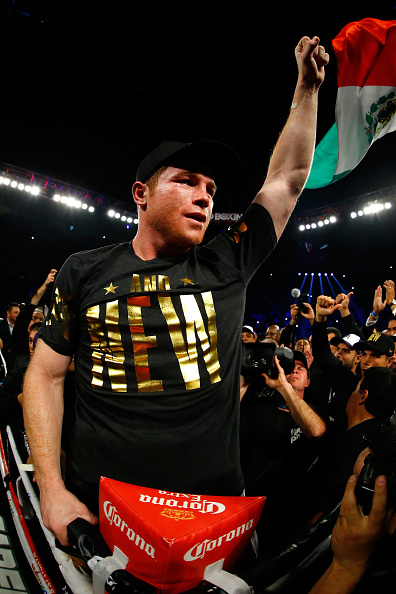 Canelo Alvarez scored a 2015 Knockout of the Year-worthy KO for starters, drilling James Kirkland in May in three all-action rounds in front of more than 30,000 fans, a live audience of a size you don’t see often in the United States these days… Kirkland had been a top 10 junior middleweight in the recent past… Topped that caliber of win — by a large margin — with a decision victory over Miguel Cotto, the best Puerto Rican fighter of his generation and a top 10-ish pound-for-pound boxer who happened to hold the lineal middleweight crown… With good looks and a willingness to take on all comers, he is far and away the most popular Mexican fighter, which makes him far and away one of the most popular American fighters, too… The HBO pay-per-view neared 1 million buys, a rare figure for anyone not named Floyd Mayweather or Manny Pacquiao… Looks poised to take over as THE most popular fighter in the sport, period, with Mayweather retired/”retired” and Pacquiao definitively on his way out… Let’s see if he capitalizes on this or if his downsides limit his appeal. 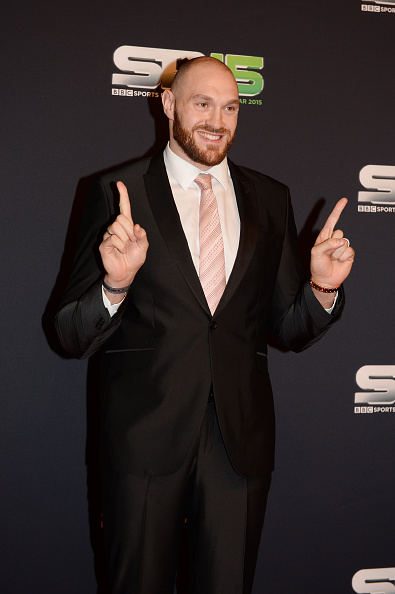 Tyson Fury on the red carpet before the BBC Sports Personality of the Year award at Odyssey Arena on Dec. 20 in Belfast, Northern Ireland; Photo, Carrie Davenport/Getty Images

In February, Tyson Fury stopped Christian Hammer in a fight that was only significant because it pitted two perfectly-named boxers against one another… His 2015 boils down to one win, then, but it was a doozy… Fury, in one of the upsets of the year, ended Wladimir Klitschko’s decade-plus undefeated streak in November… That made him the heavyweight champion of the world — not the prize it once was, but still a highly coveted crown… In so doing, Fury demonstrated wrinkles in his boxing technique few knew he had… After winning, he demonstrated the charming side of what an oddball he is, singing a corny Aerosmith song in the middle of the ring to his wife and in front of the German fans… His outspoken off-the-cuff demeanor is both an asset and a detriment, as demonstrated by protests against considering him for British Sports Personality of the Year over his homophobic and misogynistic remarks… Should be polarizing — some love him, some hate him — for as long as he reigns as heavyweight champ. 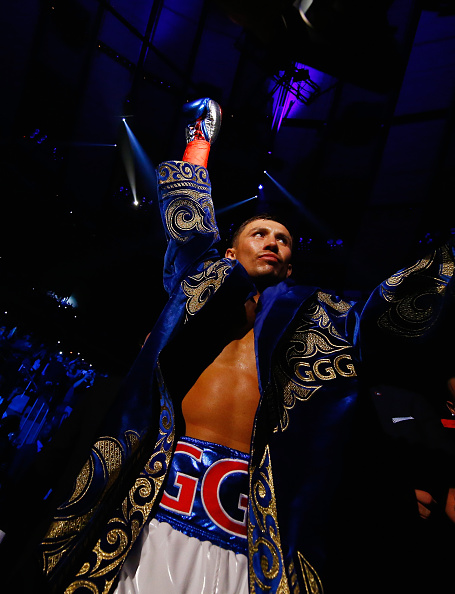 The biggest criticism of Gennady Golovkin has been his level of competition, but in 2015, he faced the best two opponents of his pro career… And when he did, he did what he does best: knocked people out… Then-#4 middleweight Martin Murray was up first in April, and he almost ended Golovkin’s uninterrupted streak of knockouts, dating back to 2008… But he succumbed in 11 rounds… Next was a May pit stop against Willie Monroe, Jr., a fighter who brought bravery and a potentially difficult style but little on his record; the man they call “GGG” stopped him, naturally…  And finally came new #4 middleweight David Lemieux in October, whose power rivaled GGG’s, but Golovkin had no trouble at all… His knockout ability and overall excellence make him popular with fans, as does his whole “smiling, broken English declarations of his intentions to be violent for the people” routine… Time will tell if he ever gets a truly elite opponent; his paltry PPV debut (around 150,000 buys) might not have had the desired effect of making it economically worthwhile for someone to get in the ring with him unless they move to a more favorable weight — see: “Canelo Alvarez.” 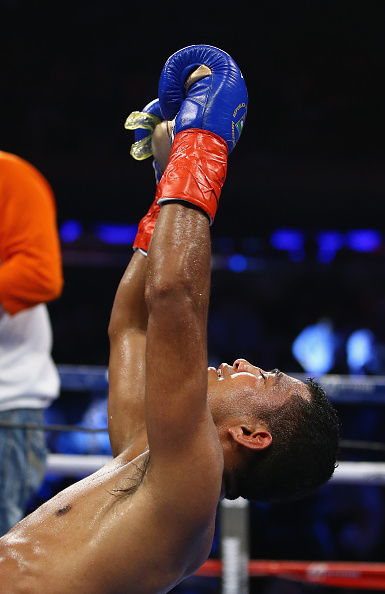 In 2015, Roman Gonzalez became the undisputed pound-for-pound king… Some of that was because Floyd Mayweather left, but the rest of it was because he earned it… The flyweight champion scored a stay-busy knockout in February against Valentin Leon… Next he made his HBO debut — a rarity for a fighter of his size — by easily stopping long-time contender Edgar Sosa, then ranked #5 at flyweight…  Then, in October, he scored one of the best couple wins of his career by utterly dominating #4 flyweight Brian Viloria after a couple competitive early rounds… Viloria had never been down before, let alone stopped, and Gonzalez made the 9th round KO look like it wasn’t too hard at all… His boxing style appeals to every type: He’s a real puncher, but he’s also a boxer with extraordinary technique, and he is aggressive yet intelligent for every second of his fights… He could make very attractive fights with Juan Francisco Estrada or Naoya Inoue next, but it remains to be seen how much his size will limit his fan base; he shared the PPV card with Golovkin in October and clearly didn’t help the bottom line much. 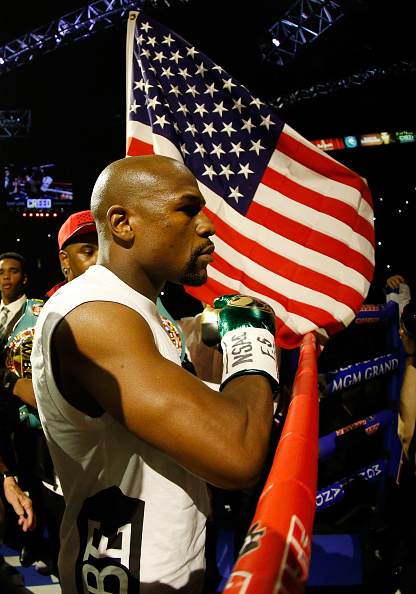 Floyd Mayweather Jr. stands in the ring prior to his welterweight fight against Andre Berto at MGM Grand Garden Arena on Sept. 12 in Las Vegas; Photo, Ezra Shaw/Getty Images

Floyd Mayweather ended 2015 with a garbage win over Andre Berto that did nothing for him — but his other fight sealed his legacy and enriched boxing financially like nothing ever had… In May, at long last, Mayweather squared off with Manny Pacquiao, his long-time rival, the other best welterweight, and the second best fighter at the time behind only Mayweather… When the two best fighters of their generation met, it was Mayweather who got the upper hand, only losing a handful of rounds and winning convincingly… Yes, the fight took too long to happen, and Mayweather beat a declining (and possibly injured?) version of Pacquiao, which robs him of some of the credit… But no fighter had a better win in 2015, period, and the PPV broke every record imaginable, so plenty of people still wanted to see it… Mayweather then retired, but that’s not the first time he’s done that, so don’t be surprised if he returns again and makes a run at a title — Fighter of the Year — he’s won or contended for many a time.