Each year (more or less) TQBR recognises the worst haircut in boxing with the Raymond Joval award (named after retired Dutch middleweight titlist Raymond Joval, pictured above in all his glory). Points are awarded for originality (every Argentine journeyman and his dog has a mullet, that doesn’t win you many points), difficulty (both for the barber and any complications the ‘do might cause in the ring) and artistic merit.

Overall, this year’s crop of nominees looks like the character selection screen from an incredibly low budget late-’80s arcade game — which is really all we’ve ever wanted in our boxers. And the nominees are… 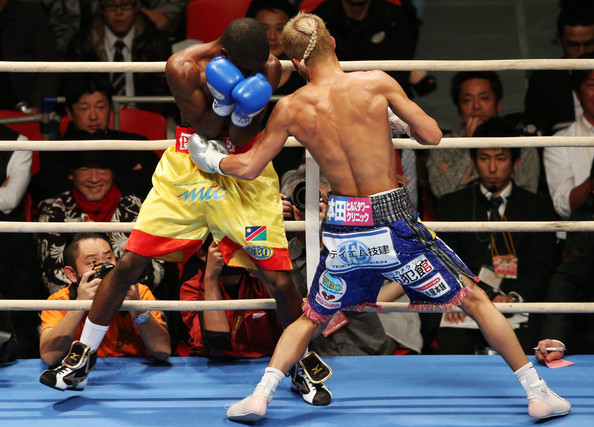 It’s peroxide blonde and features a plaited rat’s tail, but to truly appreciate the work of art that is Tomoki “El Mexicanito” Kameda’s haircut, you need to see the reverse angle. It’s like a Backstreet Boy wandered into a Shaolin temple and got drunk. 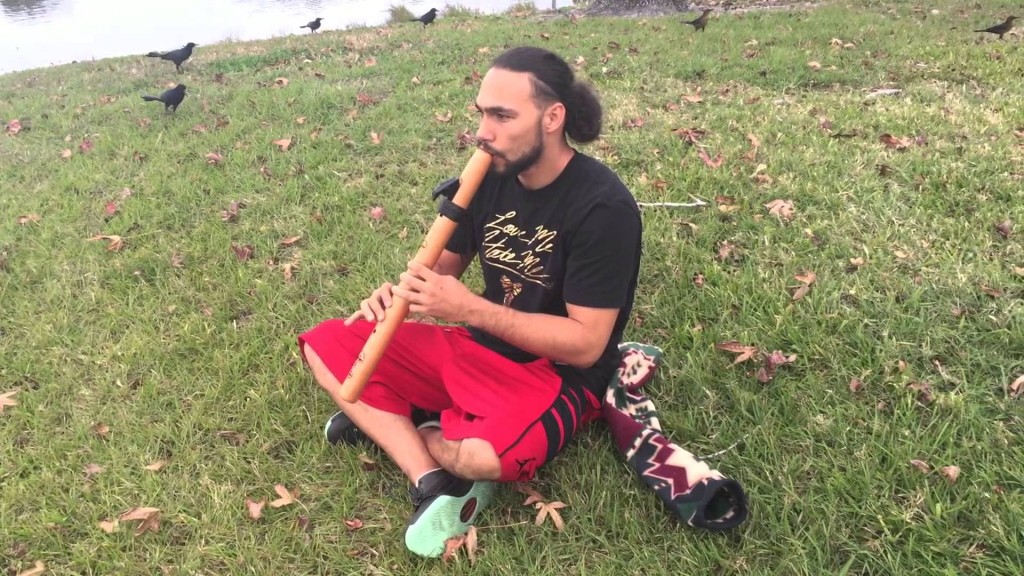 “Ever since I was a child I had a love for nature and this flute right here just sound really natural.”

Rising welterweight star Keith Thurman didn’t need to tell us that. Somehow we already knew, long before PBC showed us. His haircut just screams “dude who goes to suburban parks and plays free-form flute solos.” I bet you he’s got a hacky sack stashed close by. 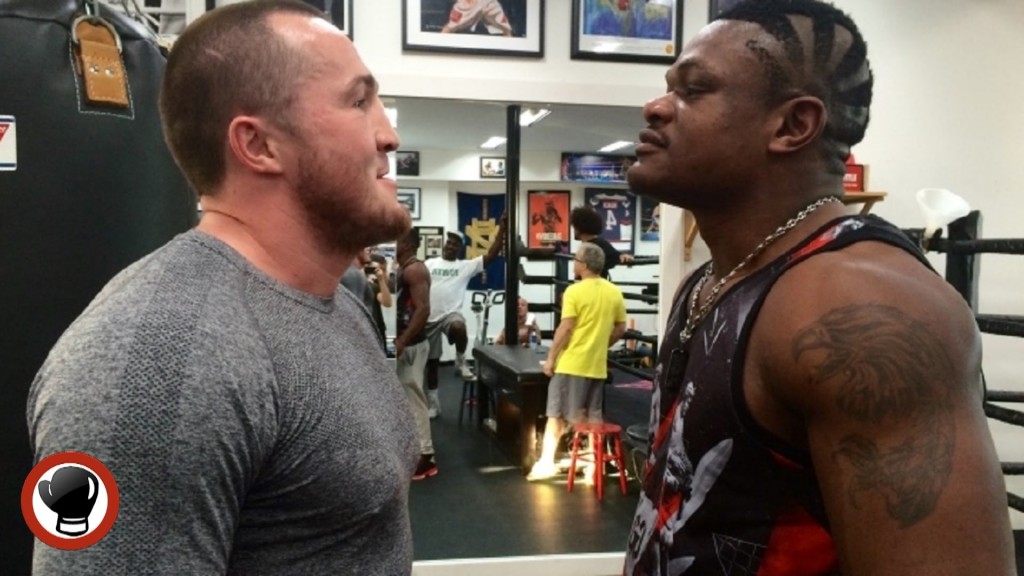 Kalenga is a serial offender and has been known to rock bleached fauxhawks, half-and-half mohawks and other styles that would make Joval himself proud. We couldn’t even begin to describe his latest ‘do, but we’re in awe.

Note: Denis Lebedev (pictured, left) deserves his own award for his contribution to the ’80s beat ’em up vibe. 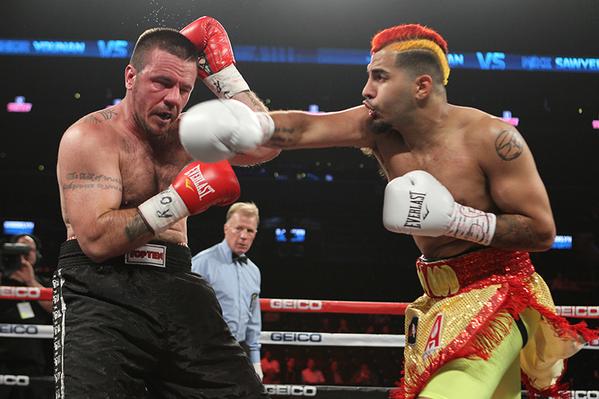 Super middleweight prospect Junior Younan has only had seven fights, but he’s done his best to try out a new terrible haircut in each one. He might not have the stuff to win it this year, but he’s definitely one to keep an eye on. 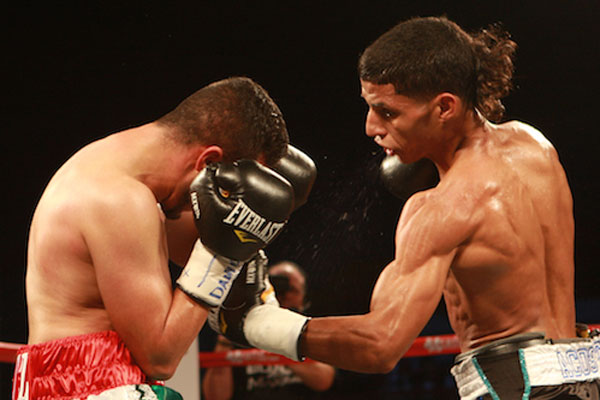 Puerto Rican light flyweight Angel “Tito” Acosta sneaks on to the shortlist for his obvious deep understanding of the classical mullet form and deft variation on it. His tuft may well be the perfect blend of functionality and style that finally brings the mullet back to the mainstream. 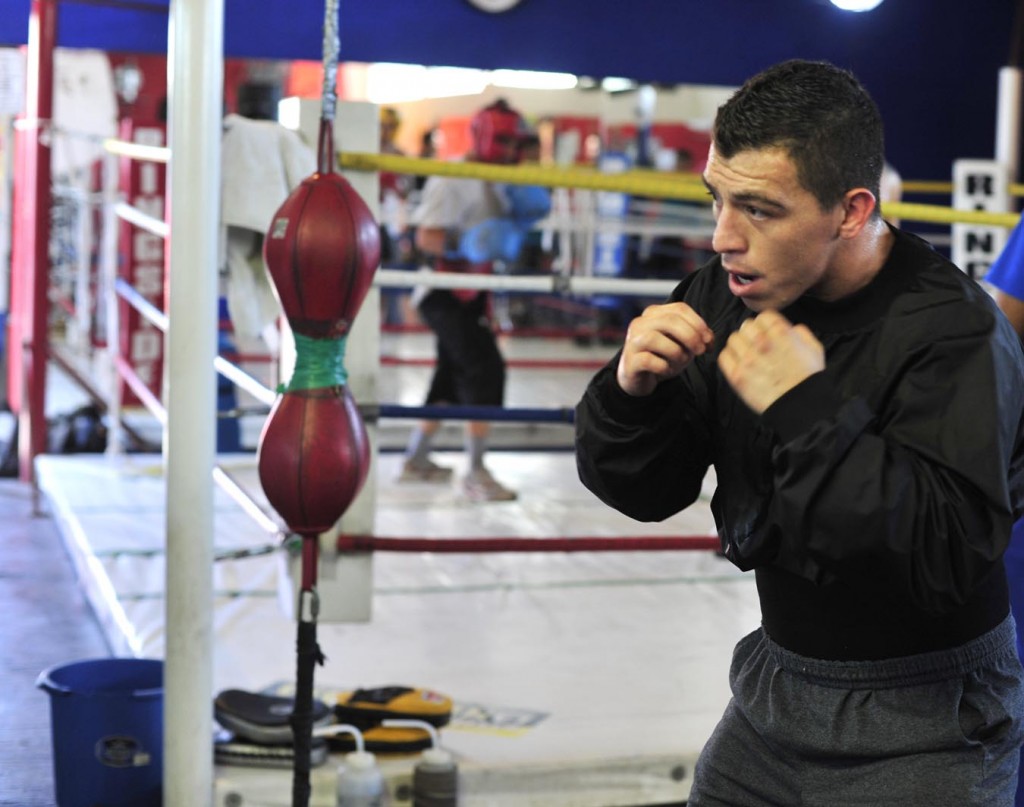 While he’s got nothing on his old man (no really, nothing), Jorge Paez, Jr. is the undisputed, pound-for-pound widow’s peak champ. TQBR thought he had a third eyebrow for a second there. 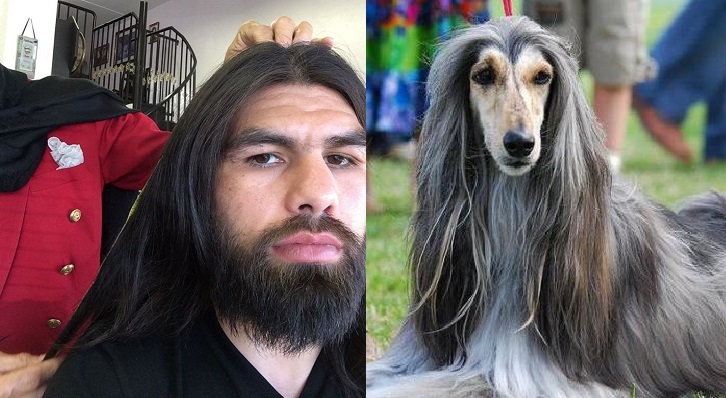 There was a while there when Alfredo “El Perro” Angulo looked like a real pitbull, but these days he’s going for the Afghan hound look. (On a more serious note, Angulo is a total dude who has cut his shampoo commercial-worthy locks off to raise money for charity in the past.)

And the winner is…

Tomoki Kameda — could there have been any other choice?

Who have we (and the barber) missed? Let us know in the comments or on Twitter.