Shane Mosley vs Ricardo Mayorga and Floyd Mayweather vs Andre Berto are nearly upon us. They’re both want your cold hard cash ($50 in for Mosley/Mayorga and $65/$75 in HD for Mayweather/Berto), so how are you going to decide? How does anyone decide anything these days? With (stupid) graphs of course. 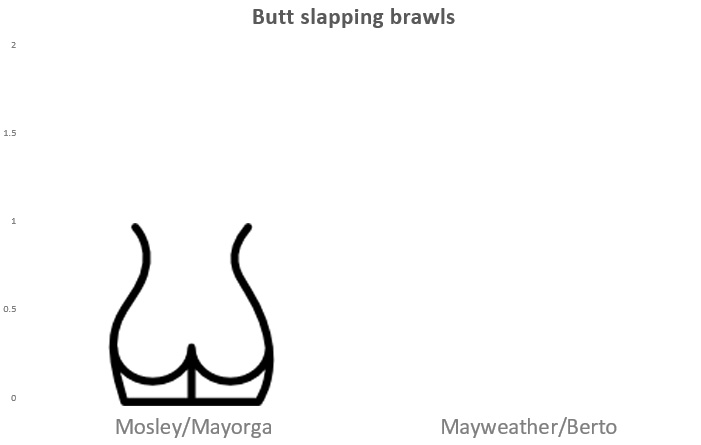 It’s hard to argue with the facts. Mayorga/Mosley has had 100 per cent more fake butt slapping brawls than Mayweather/Berto. 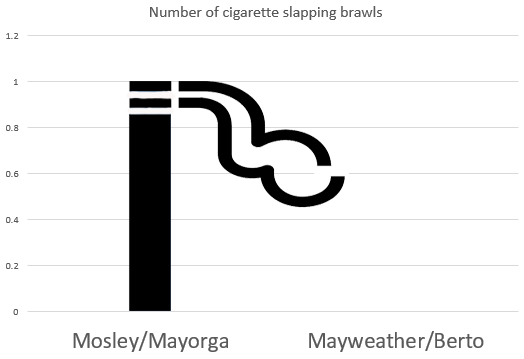 The old dudes are just killing it on the fake press conference brawls front here. 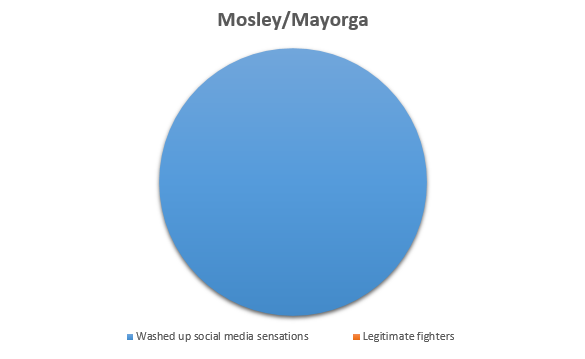 The truth, though, is that both of these fights suck (at least at these prices). Though Mosley/Mayorga at least has the freak show aspect. Still, how’s this for a number: 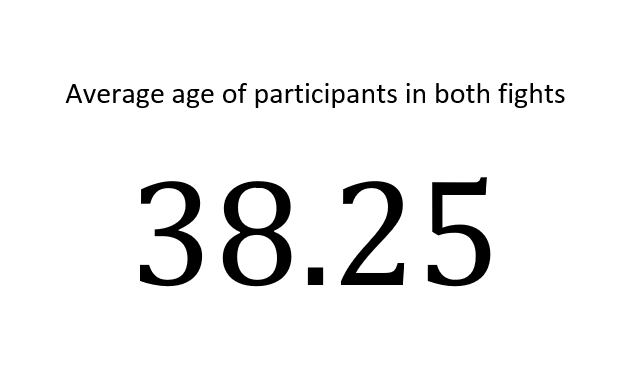 And finally, a chart that might actually be useful: what the bookies are paying for any of the fighters to get a KO in a given round. This one reveals just how non-competitive these fights are, even if Mosley/Mayorga is slightly tighter (and yes, Mayorga “en dos round” is paying 67 to one). 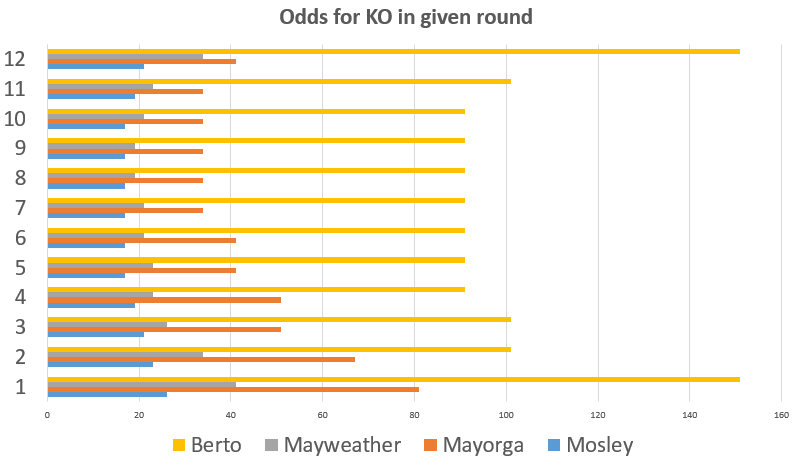