There is an entire industry in America built around the concept of self esteem — how to build it, how to hold on to it, and how not to let it swell to the point that people start disliking you. It’s an odd concept to me. I’d rather people just be honest, but when given the choice between false humility and genuine arrogance the bulk of society choose the former. People are funny that way.

Professional boxers at the top are all arrogant. Truly believing that you’re the best in the world at anything is more than just confidence. Boxing is great because we get to actually find out whose self belief was justified, and whose wasn’t.

In recent memory there can be no finer example of that very quality than Andre Ward. Yesterday, the 33-year-old Ward (32-0, 16 KO) announced his retirement on ESPN’s First Take. He also posted a video on his Twitter account reminding everyone that he is, in fact, as great as he thinks he is. It had all the hallmarks of a Ward announcement. It was a touch over dramatic, oozed self importance, and the timing was curious. By “curious,” I mean that it was a few hours before the press conference for Sergey Kovalev’s next fight and dominated the boxing news cycle for the rest of the day.

I am not principally interested in that aspect of Ward, or any fighter really. The arrogance that is most important is the kind that they carry with them between the ropes. When the bravado, scheming, and training are all over and all that is left is what they can or cannot do. In the ring, Ward was as arrogant as any fighter I’ve yet seen. Dropped early by Kovalev in their first fight, Ward got up calmly and fought his way back into it, earning a decision that many (myself included) did not feel he deserved. The rematch was a case study in Ward’s belligerent streak. Boxing on even terms went out the window and he began bullying the guy who usually does the bullying. Not necessarily because he had to, but because he could. He was probably the only person who thought he could stop the Russian, and goddamned if he didn’t do it.

I can’t say I’ll miss seeing Ward fight, and I damn sure would rather not hear him do commentary. The sound of Max Kellerman gagging turns my stomach. But I appreciated Ward, even though I did not enjoy him. He turned every fight into his fight, and only an extraordinarily self possessed person can accomplish that at the highest levels. That he did it in two weight classes is more impressive still. 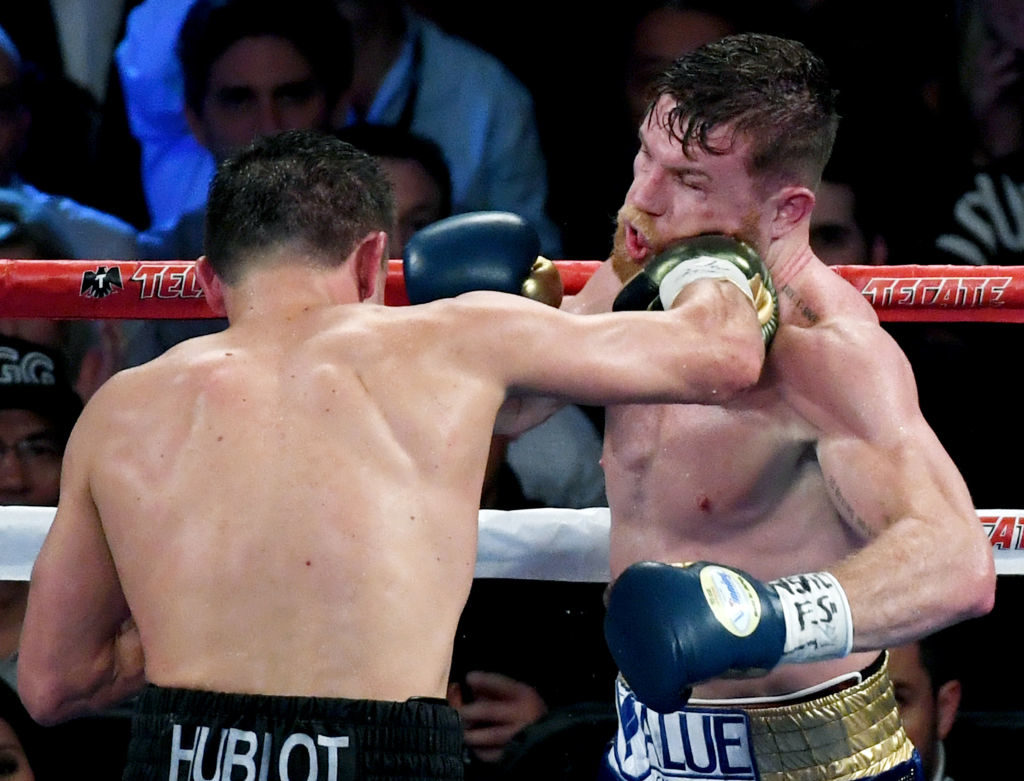 The two current middleweight kingpins share Ward’s prodigious certainty, and luckily for us they finally fought each other last weekend at the T-Mobile Arena in Las Vegas. I won’t get into the horrors of Adelaide Byrd’s card, because I’m sick of thinking about it, but the official verdict was okay by me. I scored the fight 116-112 for Gennady Golovkin, giving Canelo Alvarez the first three and the 11th, but the 10th and 12th were near run things, so if you favored the Mexican you’ve got a draw, and that score is about as generous as you can be.

It was not the most dramatic, or entertaining fight in recent memory, but it was a beautiful thing to watch because they are exactly who they thought they were. Golovkin (37-0-1, 33 KO) has been sold largely as an atomic-fisted destroyer, but the reality is more clinical and much calmer. He is a patient stalker and pressure fighter with fantastic fundamentals, and plenty of nuance. Canelo Alvarez (49-1-1, 34 KO) may have once been a plodding prospect with more fame than talent, but he has matured into an excellent all around fighter with plenty of wrinkles in his game.

It wasn’t mentioned much after the fight, but if you were paying attention, you got to see both fighters show off the very best aspects of their offensive and defensive skillset. For Canelo, it was the subtle pivot that saw him narrowly elude Golovkin’s right hand over and over again. Even when it didn’t quite work, he kept his head and didn’t panic. He knew that it was keeping him from getting decapitated and giving him the space to land hurtful counter punches at the exact right angle. Golovkin, when confronted by these tactics, showed his defensive prowess by catching innumerable punches with his right glove, as well as taking a tiny left step off his jab before throwing a left hook. You can’t just think it will work. You have to know it, and to know that the other guy can’t stop you.

As marvelous as the technical aspects of their games are, the most visceral moments were punches that were taken. Visceral for us, but mental for them. At 1:36 of the 9th round Canelo wound up and detonated an overhand right on Golovkin’s jaw. The Kazakh gobbled it up and stepped forward with wanton temerity. Such a display would’ve broken the spirit of a lesser fighter, but the Mexican would not be cowed. They traded on slightly uneven terms for the rest of the round. Golovkin playing the hungry predator and Canelo the fierce prey who had determined not only to survive, but to meet his tormentor with punishment of his own.

Alvarez displayed an equally impressive set of whiskers. Golovkin landed an overhand right late in the 5th round that lifted Canelo off his front foot and temporarily onto his bike but he didn’t wobble or run. The left hook that stiffened Alvarez to end the 11th was the stuff of nightmares too, but Alvarez again showed surreal poise. Both had landed their Sunday punches and their opponent wouldn’t crack. It is natural in those times to become frustrated or even dejected, but neither man showed the slightest moment of mental fragility.

There are defining moments in each person’s life. Some meet them head on, and some fall apart. For a tiny fraction of our population, seeking those moments becomes their profession. Among them, even in the quiet and polite, you find a sense of self that requires them to not only meet the moments, but conquer them and whatever else blocks their path.

If that isn’t arrogance, I don’t know what is.