It sounds strange that anyone from Ukraine wouldn’t want to support Vasiliy l Lomachenko and Oleksandr Usyk, who are surely two of five best fighters in Ukraine’s history. It sounds stranger still that anyone in Ukraine could cheer for their opponents — even if it’s Dereck Chisora, who’s set to fight Usyk this weekend and who once literally spit in the face of another Ukrainian, Wladimir Klitschko.

But there are many Ukrainians who feel that way.

In August 2014, as a result of Russia’s war against Ukraine, my family and I had to flee our home city of Donetsk. It was around that period when Lomachenko and Usyk’s professional boxing careers started to gather momentum. Back then — during the deadliest phase of the Russian aggression — many Ukrainians (including me) celebrated their boxing victories more than just sporting wins. “Ukraine” and “victory” were, and still are, the words we wanted to hear in close connection with each other as frequently as possible.

But then Lomachenko and Usyk began to talk and to act.

In October 2014, Usyk traveled to Crimea (his home region), already annexed by Russia, to participate in the opening of a boxing tournament together with the biggest local separatist and Russian President Vladimir Putin’s main muppet there, Sergei Aksenov, as if nothing had happened.

Let me repeat: early October 2014, the eastern part of Ukraine is on fire, Donetsk airport turns into Ukraine’s modern-day Stalingrad, Crimea is occupied and covered with Russian flags — but a Ukrainian boxer, Usyk, couldn’t care less about all of that while hanging around with the godfather of local collaborators in his hometown of Simferopol and those like Aksenov.

What has Usyk been saying all this time?

“It’s uncomfortable to go there (Crimea)…”

“Some borders have appeared…”

“I try not to discuss political topics with friends there…”

Totally unacceptable quotes from a Ukrainian citizen (let alone a boxer), amid the military aggression from Putin and his proxies who have already killed over 10.000 people. One would probably never guess what Usyk was actually talking about without knowing the context in the first place.

Usyk has a pattern of bad judgment. In March of this year, with Covid-19 already on the agenda, he arrogantly called the pandemic “bullshit” while discussing whether people should keep attending churches and taking part in all the health-risky rituals there.

He doesn’t have the courage to say what exactly has been going on in Ukraine since 2014. He cannot be that out of his mind to not understand something he can see with his own eyes in Crimea. One could say that Usyk cannot talk openly about some things because he still has some relatives living in Crimea. I’m sorry, but that’s a very weak argument for a person of his magnitude and resources.

In such extremely difficult and challenging times, you want your country’s most famous and respected representatives to have a firm and clear stance on important issues without sitting on the fence and flirting with shameful pro-Russian political movements. You want them to carry your nation’s battle flag through blood and tears with dignity, too. However, Usyk’s current public stance can only bring disrespect towards many of those risking their lives on the frontline as well as towards those ordinary people who have suffered from the war.

As for Lomachenko, he’s basically Usyk’s twin brother: equally disrespectful with regards to his compatriots through his actions and words.

Some time ago, Lomachenko posted a “motivational” religious video on Instagram with Russian special forces (so-called polite people) who were directly involved in the Crimea annexation. Instead of admitting his fault, bad taste, and apologizing, he was just getting busy with deleting negative comments before publishing a follow-up post to back his previous disgusting stunt with some appalling poetry of religious nature. Needless to say, the volume of deserved angry criticism he received from Ukrainians was massive. 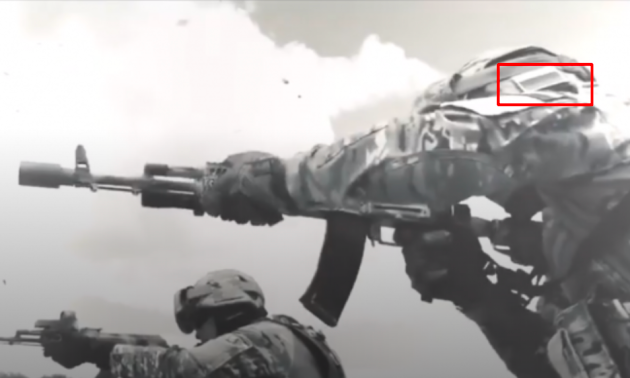 Add to the above his, “We have some political tension with Russia.”

“They above [Ukrainain and Russian politicians] have some disagreements.”

“It’s none of my business and I don’t want to make any comments.”

“I want everyone to have their own opinion on that [war]” — and it’s easy to see why many Ukrainians rooted for Teofimo Lopez in Lomachenko’s last fight. Another Ukrainian boxer, Ivan Redkach, even bet money on Lopez.

Usyk and Lomachenko should stop speaking and acting like those who wouldn’t mind Ukrainian flags being replaced with Russian ones as long as their asses are in warm and safe places, with the cash register still ringing.

Instead of accepting the criticism from a vast number of their countrymen at least partially and trying to understand the roots of their discontent, both boxers are still showing how stubbornly stupid and narrow-minded they are with almost every public appearance now.

To me, real heroes are those ethnic Russians in muddy Ukrainian trenches, keeping our defense tight against Putin’s hordes. Those Russians who resist Putin’s regime and aren’t afraid to support Ukraine. They are more Ukrainian to me than Usyk and Lomachenko, who are great boxers but, sadly, haven’t proved to be great Ukrainians, regardless of their past and future sporting achievements.

They haven’t lived up to their real fight in a much more important ring. Waving the national flag or wearing a tracksuit with Ukrainian symbols isn’t enough for people of their public caliber. 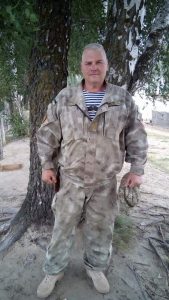 “Amid our liberation war against Russia, the likes of Usyk and Lomachenko behave like sluts with no moral values regarding their own country. I don’t see them as my fellow countrymen no matter what their passports say. For me, supporting them is like Greeks supporting Persians in ancient times. Can you imagine that? No.

“They are traitors and we don’t consider them as true Ukrainian athletes. That’s why we will cheer for all other sportsmen who really support Ukraine in their battle against our eternal enemy for our European and democratic future.”

Alex Sereda is the senior editor of Tribuna.com. He can be found on Twitter @Alex_Sereda8.

(Photo by Dmitry Lovetsky/AP via)