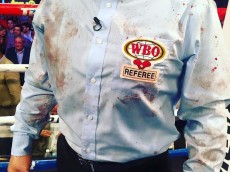 It’s a sneaky week of boxing, with quite a few decent scraps on. The most decent of all features Andy Lee and Billy Joe Saunders, which Showtime is very obligingly broadcasting from England, while HBO has an offering of their own, headlined by heavyweights Luis Ortiz and Bryant Jennings. There’s also a couple of other […] 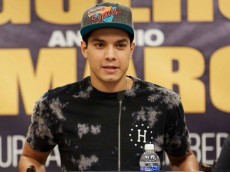 Chris Arreola won a questionable decision Saturday night on PBC on NBC, followed by Omar Figueroa winning a decision he deserved but that nonetheless said some unflattering things about him. Both fights delivered excellent action, even if the winners’ trophies come with some tarnish. In the main event, Omar Figueroa came in having missed the […] 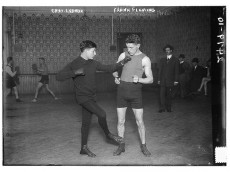 Boxing! It’s been round for a long time, so there are lots of good archival photos I can find to put on my weekly boxing schedules. This one comes from the Library of Congress: it shows French boxer Charles “Little Apache” Ledoux demonstrating the devastating “punch ’em and kick ’em in the shin at the same […] 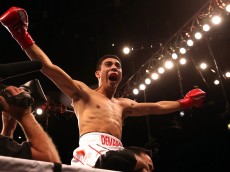 Antonio DeMarco was 24 years old when he was first fed to the wolves. Human horror film Edwin Valero was making his Showtime debut, and Top Rank, his promoter, needed somebody who would not only make him look good, but who would give him a decent test. Enter DeMarco, a fellow southpaw with good pop, an […] 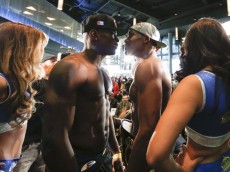 The Battle for Brooklyn ended up looking more like the invasion of Grenada. Mild underdog Daniel Jacobs took out the top-ranked middleweight not named Gennady Golovkin Saturday night on Showtime. Peter Quillin never got started, despite being viewed as the more powerful boxer and in the ring against a guy who not that long ago […] 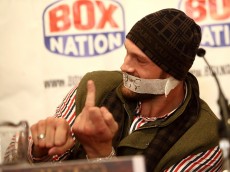 About the only thing the new heavyweight champion, Tyson Fury, has in common with the man he replaced, Wladimir Klitschko, is that he’s really tall — taller that Klitschko, even, at 6’9″. Outside the ring, Klitschko ruled the division with decorum. Fury won’t. He’s a madman, and perhaps not just figuratively. August publications the New Yorker […] 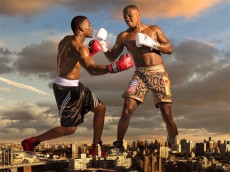 Godzilla, eat your heart out — badly Photoshopped Danny Jacobs and Peter Quillin are trashing New York! Oh God, the humanity! Apart the really bad poster, Jacobs vs Quillin on Showtime is an intriguing fight, and the best offering of the week. The undercard could be fun too. There are also various, less exciting cards […] 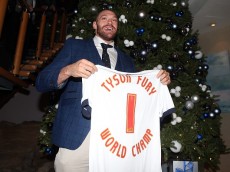 The decade long reign of heavyweight champion Wladimir Klitschko came to an end on Saturday when towering upstart Tyson Fury out-soft-shoed him to sing and dance away with the big boy crown. (More on that singing down the line.) Was this the end of an era or a brief interlude until Klitschko — or Dr. […] 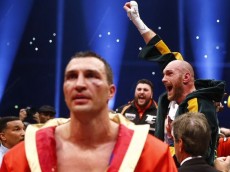 Ladies and gentlemen, we have a new heavyweight champion. And he’s an absolute maniac. Tyson Fury took Wladimir Klitschko’s crown Saturday, and while it wasn’t a stellar performance in the ring, as long as Fury reigns it will be a very different administration. Klitschko was a gentleman, an owner of a PhD and does work […] 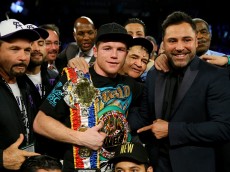 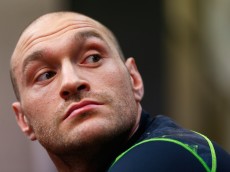 You know the overused movie plot where the boring, super-uptight guy meets the wild, crazy girl who finally shows him how to let loose and have fun? That’s what Saturday’s heavyweight title fight on HBO between Wladimir Klitschko and Tyson Fury has going for it. Except in this case, the boring dude is the reigning […] 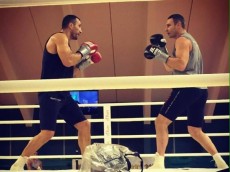 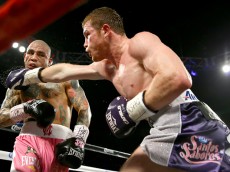 That headline isn’t meant to troll. Canelo Alvarez boxed pretty well Saturday night on HBO Pay-Per-View against Miguel Cotto — he didn’t win just because he was massive. But massive-ness was the main mechanism of Alvarez’s wide decision win over the middleweight champion. We don’t know how much the two men weighed on fight night, […] 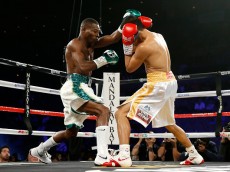 (Guillermo Rigondeaux throws a left to the face of Drian Francisco during their junior featherweight bout at the Mandalay Bay Events Center Saturday in Las Vegas; Photo: Isaac Brekken/Getty Images) Keep coming back here for updates on the Cotto vs Canelo undercard on HBO Pay-Per-View: ****** Well, the main event is going to have a […] 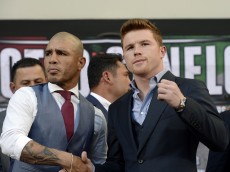 Very few of us view our jobs with any romance. They’re something we do because we must. We work to live. We don’t live to work. Sports provide an escape from the drudgery of day-to-day routine and it’s easy to mythologize them. We see heartbreak and triumph in the feats of the athletically gifted, and […]