There’s never been a better time to be someone who used to get hit in the head for a living. Two senior senators from both U.S. political parties are former boxers, along with the prime minister of Australia, Ukraine’s opposition leader and this little congressman from the Philippines you might have heard of.

With the news that Roy Jones, Jr. is  isn’t running for mayor of Penascola, Fla., it’s time for the political world to sit up and take notice: You don’t need rhetoric, charm or even the ability to string together a coherent sentence to hold high office. All you need is a hard head and thick skin (which rules out Gabe Rosado from running for office). 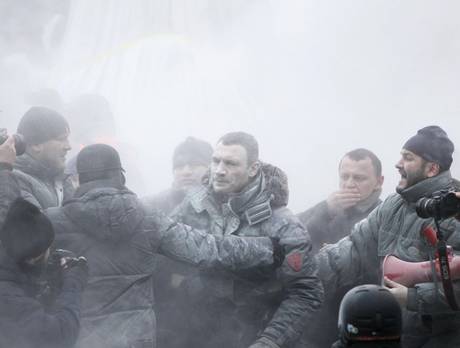 Vitali gets top spot because this is a p4p list and he does weigh a lot of pounds (that’s how this works, right?) The dominant former heavyweight champion with the nearly 90 percent knockout ratio is currently one of the main opposition leaders in Ukraine, which must keep him busy, seeing as there’s quite a lot of opposition there right now. Jokes aside, things are getting increasingly serious in Kiev. Klitschko will need intelligence and all the toughness he showed us in the ring if he’s to prevail in his latest struggle. 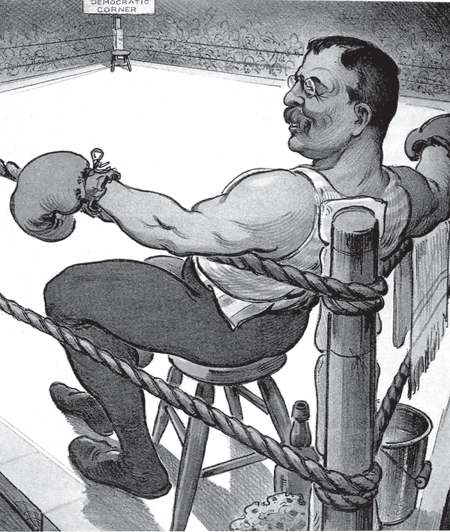 It’s well known that apart from the heavyweight champion of the world, the President of the U.S. of A. is the most important person on earth. Roosevelt was an “avid sportsman” (which is how they used to say total badass before you were allowed to say ass), so I have to assume that all his boxing matches took place while he was riding an elk or something. He continued his love affair with the sweet science even while he was president, or at least until a young artillery captain “cross countered [the president] on the eye, smashing the little blood vessels.” 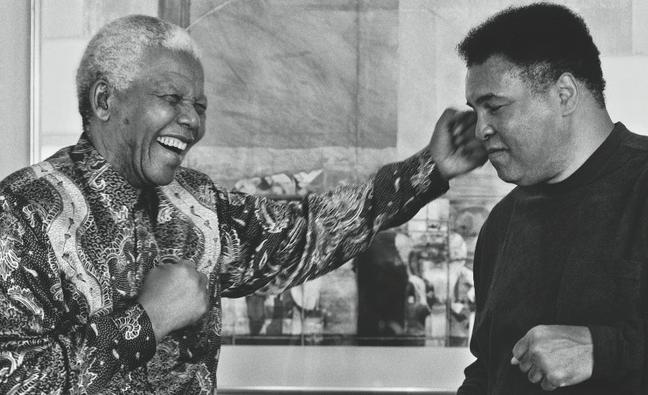 Everyone says Nelson Mandela was such a nice guy, but did he really need to punch Muhammad Ali in the face like that? Can you make a joke about Nelson Mandela? I don’t know – I just did. The recently deceased freedom fighter learned to box in prison and was a featherweight dynamo before he was South Africa’s first post-apartheid president. “Boxing is egalitarian,” he wrote. “In the ring, rank, age, colour and wealth are irrelevant.”

Australia’s PM laced up the gloves while at Oxford and went undefeated. His technique mightn’t have been the best, but his face-first, bruising style has served him well in the political arena. His brief dabble in the pugilistic arts has provided Australian journalists with a seemingly never-ending supply of metaphors, so cheers to you, Tone.

A four time lineal champion and boxing’s most unlikely star, Pacman can do it all: fight, act, sing and be chased by ghosts through an unearthly maze. The current governor of Sarangani province in the southern Philippines is likely to be a contender for president when he reaches the age limit of 40 in five years time. Reportedly not paying your tax to the government that you’re part of isn’t really a good look, though. 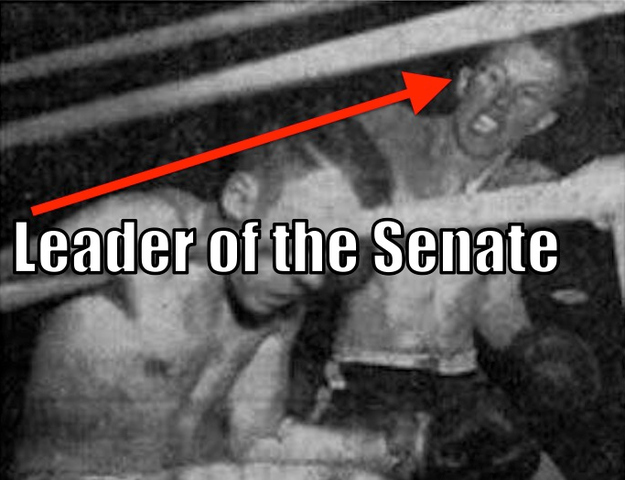 I can’t really split these two and I know how seriously you yanks take your politics. It’s interesting to note that two senior senators who had common apprenticeship in beating people up are the ones that can occasionally compromise on things (crazy, right?). Reid boxed in college, while McCain was apparently a handy lightweight in the navy. The leader of McCain’s first year class said “it was clear that nobody was going to take him down without a hell of an effort.” The pair have actually done a lot of good for boxing over the years, and are currently working together for a pardon for Jack Johnson. Interestingly, McCain is LEFT handed, while Reid’s power hand is his RIGHT. ALL THE EVIDENCE IS THERE, SHEEPLE!

All-time-great turned HBO commentator Jones announced on Tuesday (to that well known political diary, TMZ) that he’s running for mayor of his hometown. The only problem: He isn’t eligible. It’s just the kind of flashy move the former middleweight, super middleweight, light heavyweight and heavyweight used to make in the ring. In a parallel with the sad tail end of his boxing career (which is ongoing at age 45), he probably could have used a bit more attention to detail once the pizzazz wore off.

Maybe it’s for the best, since Jones seemed to be running on a platform of getting kids into punch ups, telling TMZ: “I tell the kids, don’t fight in the streets. Go into MMA, go into boxing.” True Jones aficionados will be glad in any case, as mayoral duties would have been unlikely to provide the former middleweight champion with the opportunity to say “cheen” instead of “chin” very often.