“Clearly, I have defeated this earthworm with my words. Imagine what I could have done with my fire-breathing fists.” —Charlie Sheen

I’m not usually one to get caught up in celebrity hoopla. I never had much interest in Paris Hilton’s partying or her poorly-lit sex tape. I have the Internet, and therefore a practically infinite supply of reasonably-lit sex tapes with far more attractive protagonists available to me at the click of a mouse. Britney Spears married a janitor and shaved her head? Call me when she stops copping Sinead O’Connor. Lindsay Lohan is wasted and stealing shit? Why do I even know who she is?

I don’t watch TMZ and I’ve never seen “The Jersey Shore,” though sadly I could name at least half the cast, presumably knowledge I acquired through osmosis. I don’t read People or InTouch or whatever else is out there peddling celebrity gossip. And since the female gender generally finds me as appealing as a nine-hour conversation about fantasy football, I rarely spend much time with people who are breathless in anticipation of talking about the things these trades report.

However, occasionally a celebrity ventures so far into the wilderness of insanity that my level of interest spikes from “ambivalent indifference” to “giddily anticipating the next moment of fascinating bizarreness.” When a celebrity becomes so detached from reality that he or she is reliably far more interesting than even the most fantastic and wondrous of fictions, I become helplessly entranced. In 2007, Bill Simmons (with the help of a loyal reader) dubbed this level of celebrity crazy the Tyson Zone.

This past week, Charlie Sheen blasted past the Tyson Zone into his own unique stratosphere of scattered neural impulses, blurring the thin line between “celebrity run amuck” and “deranged mini-cult leader” and establishing the Charlie Sheen Zone. And I’m absolutely hooked. Just look at the guy. 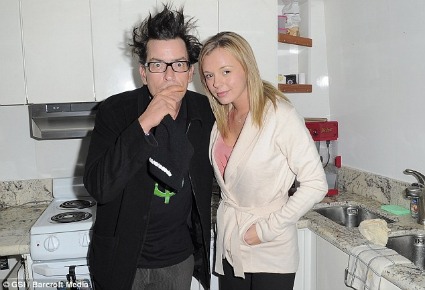 The cliché is that a picture is worth a thousand words, but whoever said that hadn’t heard the words coming out of Charlie Sheen’s mouth over the past week. He is singlehandedly coining a new jargon of crazy that we haven’t seen since… well, Tyson expounded on the art of skullduggery. Sheen has spent recent days holding court on the philosophy of winning with his goddesses at his house/compound, “The Sober Valley Lodge.” He’s on a drug, and it’s called Charlie Sheen. He’s an F-18, bro. He cured his alcoholism with his brain. He effortlessly and magically converts tin cans into gold. He has magic and poetry at his fingertips. He’s the new sheriff in town, and he has an army of assassins. He has tiger blood, and may not be from this terrestrial realm. And oh, those fire-breathing fists…

His words, not mine. Though I wholeheartedly endorse them.

With Sheen scaling the heights of the celebrity crazy mountain with Yuriorkis Gamboa-like speed, I got to thinking about which current or recent boxers could potentially ascend to similarly lofty heights of crazy. With Tyson recently making a genuinely fascinating documentary, hit movie cameos, Funny or Die videos, and soon-to-premiere Animal Planet reality series, he seems far removed from the man who threatened to eat, nay, consume Lennox Lewis’ children. The entertaining/crazy mantle in boxing is currently empty, though there are several candidates to possibly fill the void.

But what am I looking for in my next king of boxing crazy? What characteristics could potentially lead to a fighter entering the rarified air of the Charlie Sheen Zone? To crib the style of the great Walt “Clyde” Frazier, these men need to be salacious and loquacious. They must both court controversy with their actions and describe their peculiar behavior in entertaining terms. Tyson and Sheen captivate with not only their actions, but also with their quixotic tongues. These men need to be able to do the same.

So without further ado, the leading candidates for the Charlie Sheen Zone in boxing today are:

1. David Haye – “The Lambeth Lip” has it all – enough talent that you want to pay attention to him, and a big enough mouth that you want to punch him in the face. Haye combines the outspoken swagger of Muhammad Ali with the fight-ducking delusion of Floyd Mayweather, Jr. When backing out of a potential heavyweight fight with Vitali Klitschko to instead battle Russian Nicolai Valuev, Haye managed to sling rocks at both sides, accusing Klitschko of offering him a “slave” contract, while saying of Valuev, “He is the ugliest thing I have ever seen. I have watched ‘Lord of the Rings’ and films with strange looking people, but for a human being to look like he does is pretty shocking.” Classy. Then, of course, there is his famous decapitated Klitschkos t-shirt: 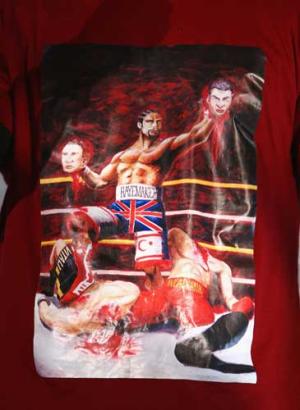 2. Brandon Rios – The fighter known as “Bam-Bam” made a major impression with his come-from-behind knockout win of Miguel Acosta to pick up a lightweight strap, but he made waves almost as large with his disgraceful mocking of Freddie Roach’s Parkinson’s disease alongside fellow black hat Antonio Margarito. Rios has yet to quite prove he has the linguistic dexterity to break through to the Charlie Sheen Zone, but the potential is there.

3. Paulie Malignaggi – Now here’s a talker! “The Magic Man” may be a bit past his prime in the ring, but his verbosity knows no bounds. This is a fighter who began campaigning for a rematch against Juan Diaz due to the shadiness of the Texas State Athletic Commission… BEFORE he and Diaz even fought. Then Gale Van Hoy went and made Malignaggi look like Nostradamus (or at least Negrodamus) by giving Diaz ten rounds in an evenly fought junior welterweight contest. As Sheen would say, that’s all win. It’s possible that Paulie and Charlie have the same stylist, as well. 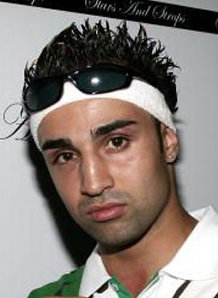 4. James Toney – From a guy who is a bit past his prime to a guy whose prime is a distant, hazy memory, Toney’s fists aren’t the weapons they once were, but the heavyweight’s words are as sharp as ever. His recent failed run in UFC saw him lose the war to Randy Couture in the Octagon, but there’s no denying who won the verbal battle. Between saying he would hit Couture so hard “his grandparents will feel it” to claiming that, “in boxing, Randy Couture would be a bum,” Toney has demonstrated the smack-talking chops. But there’s more than just lip in Toney’s credentials for the Charlie Sheen Zone, as he’s also had his own problems with drugs (in Toney’s case, a positive steroid test after his fight with John Ruiz in 2005).

5. Ricardo Mayorga – Did anyone expect Mayorga to have a high-profile PPV fight in 2011 before he signed to fight Miguel Cotto? I doubt it. Does anyone believe that Mayorga would have gotten such a fight if it were not for his trash-talking exploits? I sure hope not. As far as candidates for the Sheen Zone go, Mayorga has it all. Hilarious confrontational quotes? How about, “I have been sparring with live chickens because they emulate ‘chicken’ De La Hoya best.” Or talking about Shane Mosley, “I’ll be the man that night and he’ll be my woman.” Legal issues? Well, there was his arrest prior to his fight with Felix Trinidad, and the recent WikiLeaks cable implicating him in conspiring with Nicaraguan President Daniel Ortega to get rape charges against Mayorga dismissed. But surely, a finely honed professional athlete like Mayorga could not possibly share Sheen’s nicotine addiction…

(Apparently, former welterweight champion Mayorga, crazy Charlie Sheen, and I have something in common – tobacco-stained teeth.)