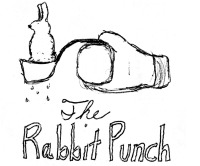 LOS ANGELES – An Everlast heavy bag unexpectedly struck and dropped lightweight Ray Beltran during a routine training session on Wednesday morning, after half a decade spent passively absorbing hundreds of thousands of punches at the Wild Card gym in Hollywood.

Beltran was incredulous after the inanimate object’s unprecedented lashing out. “[What t]he [heck] was that?” he asked, addressing his questions to nobody in particular. “I’m hitting the bag, how the [heck] did I end up on my [backside]?”

Beltran was last knocked out in September 2008 by Ammeth Diaz.

Gym owner Freddie Roach, who witnessed the incident, was as dumbstruck as everyone else. “I can’t even describe what happened, I don’t know,” Roach said. “Every time I think I’ve seen everything in boxing, [something] like this happens.”

We can only speculate about the motivation behind the assault, as the punching bag has yet to issue any comment on the extraordinary outburst.