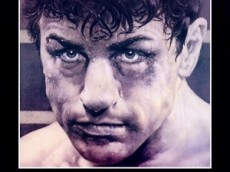 After Grudge Match’s genre baiting, we might need a year off to take boxing films seriously again. Hopefully after 2014’s boxer-free film slate we’ll get back to the grit, poverty, powerlessness, and pathos the screen fighter suffers on our account. The ubiquity of the boxer in film doesn’t always make for the freshest films. New […] 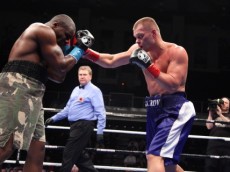 (Vyacheslav Glazkov connects on Garrett Wilson; photo credit: Mike Gladysz, via Main Events) Heavyweights Vyacheslav Glazkov and Garrett Wilson started roughly on NBC but finished one step away from a Rocky film, with the wild, hard-chinned underdog from Philadelphia going down swinging to the stoic eastern European. It wasn’t a complete copy; Wilson’s not Italian […] 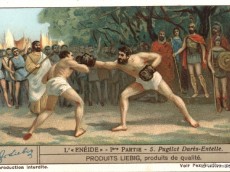 Societies can be uneasy with boxing’s brutality. We watch two men coming as close to killing each other as the law allows. Some die, tragically, but not unexpectedly. In the aftermath of 2.2 million pay-per-view purchases for Floyd Mayweather and Canelo Alvarez this month, it bears thinking about why spilled blood on canvas is such a […] 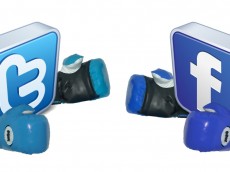 So much of boxing’s appeal is how it relates to the world around it, including media and their free market functions. As we move away from legacy media and towards a deeply consumer-driven world, boxing’s powers that be have ignored some business principles and suffered for it. They shrank their supply channel, undermined where their […]